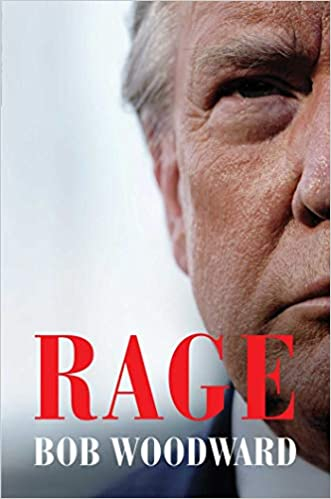 Bob Woodward’s new book, "Rage", is an unprecedented and intimate tour de force of new reporting on the Trump presidency facing a global pandemic, economic disaster and racial unrest.
Woodward, the No. 1 international bestselling author of "Fear: Trump in the White House", has uncovered the precise moment the president was warned that the Covid-19 pandemic would be the biggest national security threat to his presidency. In dramatic detail, Woodward takes readers into the Oval Office as Trump’s head pops up when he is told in January 2020 that the pandemic could reach the scale of the 1918 Spanish Flu that killed 675,000 Americans.
In 17 on-the-record interviews with Woodward over seven volatile months — an utterly vivid window into Trump’s mind — the president provides a self-portrait that is part denial and part combative interchange mixed with surprising moments of doubt as he glimpses the perils in the presidency and what he calls the “dynamite behind every door.”
At key decision points, "Rage" shows how Trump’s responses to the crises of 2020 were rooted in the instincts, habits and style he developed during his first three years as president.
Revisiting the earliest days of the Trump presidency, "Rage" reveals how Secretary of Defense James Mattis, Secretary of State Rex Tillerson and Director of National Intelligence Dan Coats struggled to keep the country safe as the president dismantled any semblance of collegial national security decision-making.
"Rage" draws from hundreds of hours of interviews with firsthand witnesses as well as participants’ notes, emails, diaries, calendars and confidential documents.
Woodward obtained 25 never-seen personal letters exchanged between Trump and North Korean leader Kim Jong-un, who describes the bond between the two leaders as something out of a “fantasy film.”
Trump insists to Woodward he will triumph over Covid-19 and the economic calamity. “Don’t worry about it, Bob. Okay?” Trump told the author in July. “Don’t worry about it. We’ll get to do another book. You’ll find I was right.” 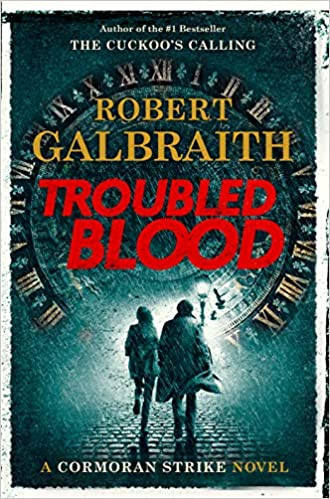 A breathtaking, labyrinthine epic, "Troubled Blood" is the fifth Strike and Robin novel and the most gripping and satisfying yet.
Private Detective Cormoran Strike is visiting his family in Cornwall when he is approached by a woman asking for help finding her mother, Margot Bamborough — who went missing in mysterious circumstances in 1974.
Strike has never tackled a cold case before, let alone one 40 years old. But despite the slim chance of success, he is intrigued and takes it on, adding to the long list of cases that he and his partner in the agency, Robin Ellacott, are currently working on. And Robin herself is also juggling a messy divorce and unwanted male attention, as well as battling her own feelings about Strike.
As Strike and Robin investigate Margot’s disappearance, they come up against a fiendishly complex case with leads that include tarot cards, a psychopathic serial killer and witnesses who cannot all be trusted. And they learn that even cases decades old can prove to be deadly. 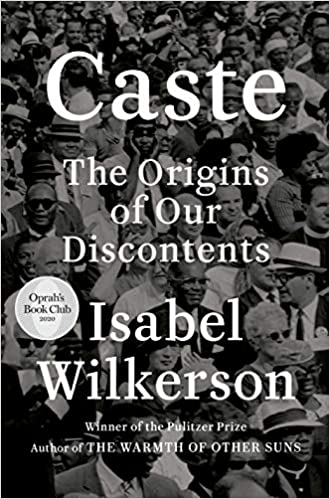 “As we go about our daily lives, caste is the wordless usher in a darkened theater, flashlight cast down in the aisles, guiding us to our assigned seats for a performance. The hierarchy of caste is not about feelings or morality. It is about power — which groups have it and which do not.”
In this brilliant book, Isabel Wilkerson gives us a masterful portrait of an unseen phenomenon in America as she explores, through an immersive, deeply researched narrative and stories about real people, how America today and throughout its history has been shaped by a hidden caste system, a rigid hierarchy of human rankings.
Beyond race, class or other factors, there is a powerful caste system that influences people’s lives and behavior and the nation’s fate. Linking the caste systems of America, India, and Nazi Germany, Wilkerson explores eight pillars that underlie caste systems across civilizations, including divine will, bloodlines, stigma, and more. Using riveting stories about people— including Martin Luther King, Jr., baseball’s Satchel Paige, a single father and his toddler son, Wilkerson herself and many others— she shows the ways that the insidious undertow of caste is experienced every day. She documents how the Nazis studied the racial systems in America to plan their outcast of the Jews; she discusses why the cruel logic of caste requires that there be a bottom rung for those in the middle to measure themselves against; she writes about the surprising health costs of caste, in depression and life expectancy and the effects of this hierarchy on our culture and politics. Finally, she points forward to ways America can move beyond the artificial and destructive separations of human divisions, toward hope in our common humanity.
Beautifully written, original and revealing, "Caste: The Origins of Our Discontents" is an eye-opening story of people and history, and a reexamination of what lies under the surface of ordinary lives and of American life today. 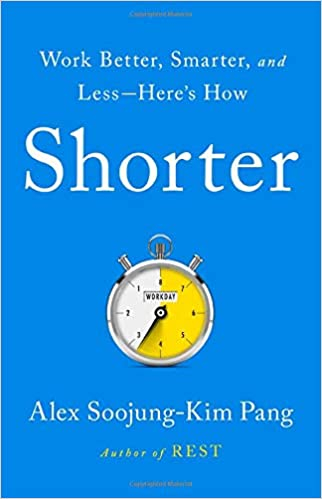 You and your company can work less, be more productive and make time for what's really important.
The idea of success embraced by the global economy means being always on, never missing an opportunity and outworking your peers. But working ever-longer hours isn't sustainable for companies or individuals. Fatigue-induced mistakes, whether in the operating room or factory line, cost companies billions, and overwork alienates and burns out valuable employees.
But what if there is another way? Shorter tells the story of entrepreneurs and leaders all over the world who have discovered how to shrink the workweek without cutting salaries or sacrificing productivity or revenues. They show that by reducing distractions, eliminating inefficiencies and creating time for high-quality focus and collaboration, four-day workweeks can boost recruitment and retention, make leaders more thoughtful and companies more sustainable and improve work-life balance. Using design thinking, a business and product development process pioneered in Silicon Valley, futurist and consultant Alex Pang creates a step-by-step guide for readers to redesign their workdays.