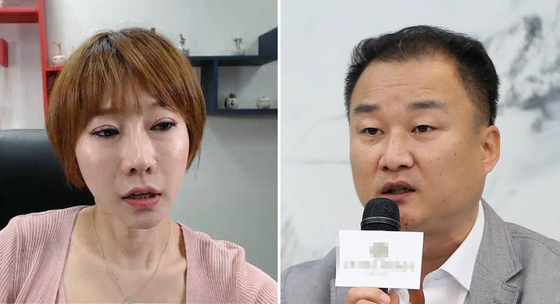 
Actor and comedian Kwak Hyun-hwa won damages from director Lee Soo-sung for having released a scene in a film that showed Kwak’s breasts without her consent.

After Kwak agreed to appear in the 2012 film “House with a Good View," Lee verbally agreed to not film scenes that exposed Kwak's breasts. During filming, however, Lee persuaded Kwak that a partially nude scene “was necessary for the narrative.” Kwak agreed on the condition that she could decide whether the scene could be used in the film.

She decided it shouldn't, and it wasn't in the theatrical release in 2012. The scene was restored when the film was released on IPTV and file-sharing services.

Kwak sued Lee for 100 million won: 30 million won for releasing the scene without her consent and 70 million for her mental suffering.

“Lee infringed upon Kwak’s privacy by releasing a scene that exposes her chest without her consent, which [could] be sexually humiliating,” the court ruled. It cited a phone conversation in which Lee acknowledged he needed Kwak’s consent for the scene to be released.

The court pointed out that the film with the nude scene is still being illegally distributed, causing pain to Lee.

Kwak filed a criminal complaint against Lee in 2016 and he was indicted for violating the Act on Special Cases Concerning the Punishment, etc, on Sexual Crimes. The Supreme Court acquitted him in 2018.

“I won the lawsuit. Thank you for supporting me,” Kwak wrote on Twitter.