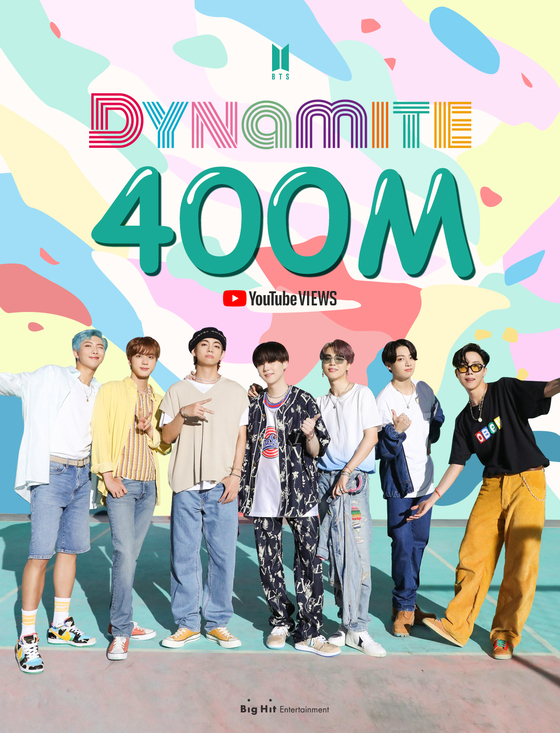 According to its agency Big Hit Entertainment on Saturday, the music video reached that threshold Friday at 10:30 p.m., 35 days after it was uploaded to the video platform on Aug. 21. The video reached 101 million views in the first 24 hours of its release, becoming the most-viewed YouTube music video in 24 hours.

The seven-member K-pop band also premiered a new choreography music video for "Dynamite" in the virtual social space within the game Fortnite on Friday. Now the music video is also on YouTube.

Meanwhile, BTS' Seoul concert, which had been scheduled to take place both offline and online next month, will be held online only, Big Hit Entertainment announced on Friday. The concert titled "BTS Map Of The Soul ON:E," is scheduled to be held on Oct. 10 and 11.

The agency added that it apologizes to the fans who had been looking forward to an offline concert.