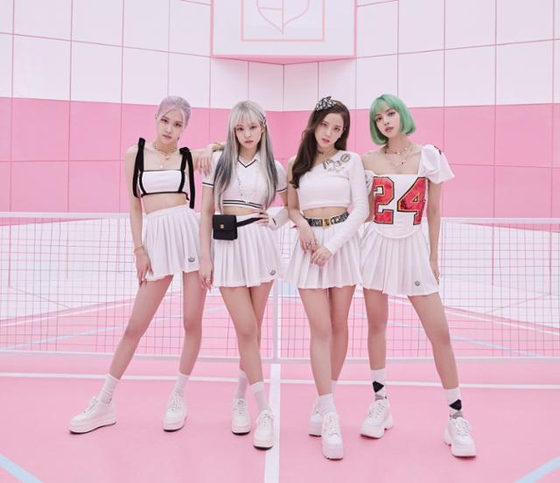 
Girl group Blackpink has surpassed DJ Marshmello to become the artist with the second-largest number of YouTube subscribers in the world, the group’s agency YG Entertainment announced on Tuesday.

Since the group released "How You Like That" on June 26, subscribers to Blackpink’s YouTube channel have increased by 8 million in the past three months, the agency said.

After taking Ariana Grande’s No. 1 spot for female artists and No. 5 spot worldwide in July, the group quickly added more subscribers, beating Eminem and Ed Sheeran. Now Justin Bieber is the only artist who has more YouTube subscribers than Blackpink.

The agency also announced the tracklist for the group’s upcoming full-length album “The Album” on the same day. It includes “Bet You Wanna,” a track the group collaborated on with rapper Cardi B. The album, along with the music video for the title track "Lovesick Girls," will drop on Oct. 2 at 1 p.m.