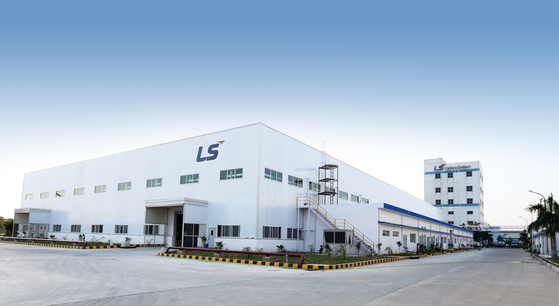 The company announced Tuesday its plans to foster its Indian subsidiary LS Cable & System India (LSCI) as a specialized production base for harnesses, targeting overseas markets in Europe and North America.

In telecommunications equipment, a harness is the component that connects mobile communications base stations and antennas to the network system.

“Global telecommunications equipment manufacturers such as Ericsson and Nokia are fostering global sourcing bases in India,” said Park Hyun-ho, head of LSCI. “We plan to expand our foothold in the market by computerizing quality control systems.”

LG Cable & System accounts for about 20 percent of the market in India. It is the supplier of some of the country’s largest mobile carriers, like Reliance Jio, Airtel and Vodafone. The Korean company established its first factory in India in 2008.

A country with nearly 1.2 billion mobile phone subscribers, India has just started to gear up for the commercialization of 5G.

“As many Indian global mobile carriers have announced plans to invest tens of trillions of won, telecommunications equipment companies are expected to grow sharply there,” said LS Cable & System in a Tuesday statement.