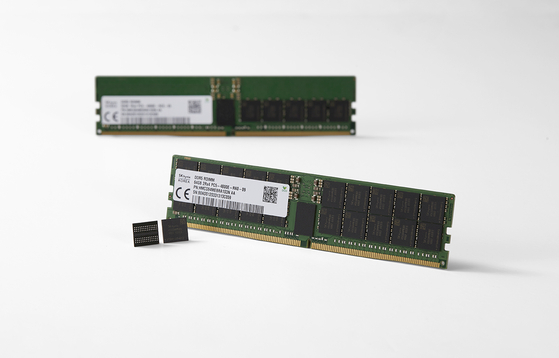 The chipmaker said it has released the world’s first Double Data Rate 5 (DDR5) dynamic random access memory (DRAM) that supports transfer rates of up to 5,600 megabits per second (Mbps).

The rate is 1.8 times faster than its predecessor DDR4, which the company claims is capable of transmitting nine high-definition videos per second.

Power consumption is reduced by 20 percent compared to the DDR4, since it requires lower supply voltages.

The upgraded product might better support advanced functions like big data analysis and the use of artificial intelligence (AI) and deep learning.

Oh indicated the company will target the server market when supplying the new memory architecture.

“SK hynix will focus on the fast-growing premium server market, solidifying its position as a leading company in server DRAMs,” he said.

“In addition, we worked collaboratively with SK hynix on silicon development by designing and testing prototypes to ensure DDR5 meets its performance goals and is fully ready for our mutual customers.”

Jedec, a standardization body headquartered in Virginia, United States, issued the industrial standard for DDR5 in July this year.