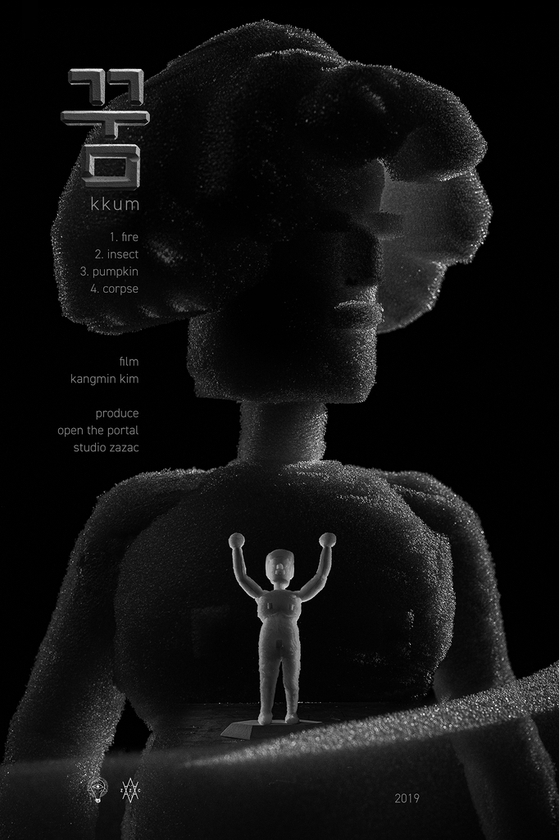 Los Angeles-based Korean director Kim won both the Nelvana Grand Prize for Independent Short and the Public Prize at the film festival that ended on Oct. 4, the Korea Independent Animation Filmmakers Association announced on Tuesday.

Founded in 1975 in Ottawa, Canada, OIAF is held every September as one of the four major animated film festivals in the world and the biggest animation film festival in North America. While this year’s festival was held online from Sept. 23 to Oct. 4, 1,950 works from 84 different countries were submitted and 92 short films were selected for the competition.

"KKUM," meaning dream in Korean, is a black-and-white stop-motion animation that tells the story of a mother who prays for her son after having prophetic dreams.

“The director shared with us his life journey through this intimate work,” the competition jury commented. “It caught our attention not only because of the story, but also the amazing execution of lighting on this particularly minimal set design.”