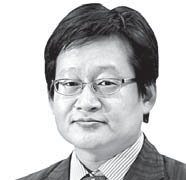 
I did not know that we had Youth Day until its celebration at the Blue House was on the news last month. Youth Day is legally observed on the third Saturday of September, according to the Youth Basic Act that went into effect in August. The day fell on Sept. 19. According to the law, the day is observed to raise public attention to youth issues.

The law defines youths as people aged 19 to 34. A youth policy coordination committee was set up by the prime minister to devise and coordinate government policies to promote the interest of that age group. The committee includes every cabinet member plus 20 representatives from outside the government, of which 12 are from the age group. The law stipulates that representatives from the age group occupy a certain ratio on the committee drawing up youth policy.

The law was enacted through bipartisanship upon combining seven bills motioned by lawmakers from both the ruling and opposition parties. Placing youth policy as a key state agenda is commendable. But its design could end up bidding for votes from the younger population if policies merely evolve around traditional issues like jobs, housing and education.

Promotions through state subsidies for job searching, housing, college tuition and higher-rate bank savings are important. But the government must first of all engage the generation who calls themselves a “hopeless generation” and refers to their country as “Hell Joseon.”

Moreover, youth policy must go beyond what is defined in the basic act. Giving away cash or financial aid is not youth policy. All the key state policies affect the young generation.

The steep increase in the minimum wage reduced low-skilled and low-paying jobs. The part-time rates have gone up, but fewer jobs have become available. Employers shaved new hiring to sustain existing payrolls to keep up with labor costs. Jobs young people want most became rarer as those workplaces are dominated by strong unions. Young job seekers suffered the brunt of the damage.

The universal cut in working hours lessened opportunities for the young. The blanket 52-hour workweek turned the labor market more rigid and slackened economic vitality. The rigidity also cost jobs for the young.

Incheon International Airport’s controversial employment action of turning contract workers into permanent workers to respect President Moon Jae-in’s campaign pledge to make every public worker a full-time employee outraged the young who were stripped of opportunities to work for the highly-desired public enterprise. As long as protection of regular workers backed by unions stays intact, opportunities for the young cannot increase. Some of the young would even settle for contract work. Policy should aim to improve irregular workers’ conditions and discrimination instead of doing away with such jobs.

Reform in national pensions has also been wavering upon the presidential order to “redesign” it to meet people’s desires. But the stalling would be ripping that much off the young and future generation.

The dispute over public finances also should be studied from the young people’s perspective. The government would have to spend to prop up the economy from the unprecedented virus challenge. But it should not be reckless with it. The budgeting to cut mobile phone bills for almost all citizens “in a show of small generosity” was met with sarcasm because the government has not been wise with its spending.

Popular van-hailing service Tada was outlawed and other disruptive businesses cannot take off because policymakers and politicians gave into pressure from traditional industries. Again, the young people are the ones who will suffer. Start-ups and ventures are mostly led by young people. It is pretentious political jargon to urge the young to be innovative while protecting existing industries. The young must be encouraged to dare and experiment. If existing jobs are hit, they should be covered through the social safety net. A policy is not a good one if it merely wants to “protect” the young.

Every key policy under the Moon Jae-in government influences the young. Key policy-making bodies like the social insurance committee and the minimum wage committee should reflect voices of the young. The prime minister’s office last month announced that 340 members from the youth age group would be joining 152 government committees. They must not be figureheads. If a policy direction is not right, it should be studied in the youth perspective. The young eye and mind would help add balance to the raw and unrefined policies. Youth balance and contribution is clearly needed.