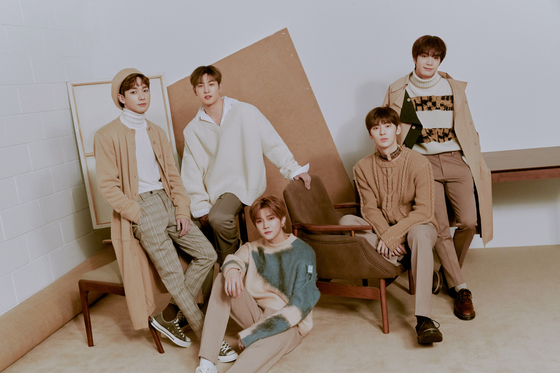 
Boy band NU'EST will be doing something special on upcoming Hangul Day on Oct. 9 — the national holiday celebrating the Korean alphabet —, its agency Pledis Entertainment said on Wednesday.

“Together with Professor Seo Kyoung-duk, the boys will hold an online event with some 70,000 students of the King Sejong Institute across the world,” said the agency in a statement.

Seo is a general education professor at Sungshin Women’s University and a long-time advocate for Korea and its culture.

The upcoming online event is organized by the King Sejong Institute Foundation, which is a public institution run by the Ministry of Culture, Sports and Tourism that teaches Korean language and culture to foreigners in other parts of the world.

The agency said that the band enjoyed the experience so much that all the members decided to participate in the Hangul Day event and promote the Korean alphabet and language to foreigners.

The online event will be streamed live via King Sejong Institute Foundation’s official YouTube channel from 3:30 p.m. on Friday.