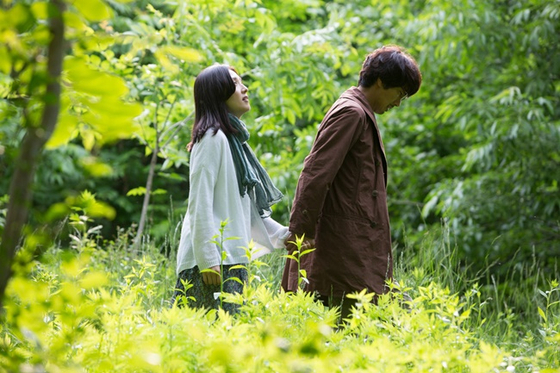 A still photograph of director Yoon Seok-ho's debut film "The Wind in Your Heart." [TRIPLE PICTURES]


TV drama series director Yoon Seok-ho’s first film is to hit local theaters on Nov. 5. Prior to its release, its distributor Triple Pictures unveiled a set of still images of the film “The Wind in Your Heart” on Wednesday.

Yoon is the director credited with beginning Hallyu, or the Korean Wave, for Korean dramas by creating hit series “Autumn in My Heart” (2000) and “Winter Sonata” (2002).

“The Wind in Your Heart” is a Japanese film portraying a love story — Yoon’s specialty — between Ryosuke, played by Hidekazu Mashima, a video artist, and his first love Haruka, played by Masumi Sanada.

“I really wanted to try directing a film,” said Yoon in an interview with local media. “The film will be a fairytale for adults and stresses the beauty of coincidence. The coincidence of nature and coincidence of human relationships come together and form something beautiful. I wanted to portray that in the film.”

The film will hit local theaters on Nov. 5.