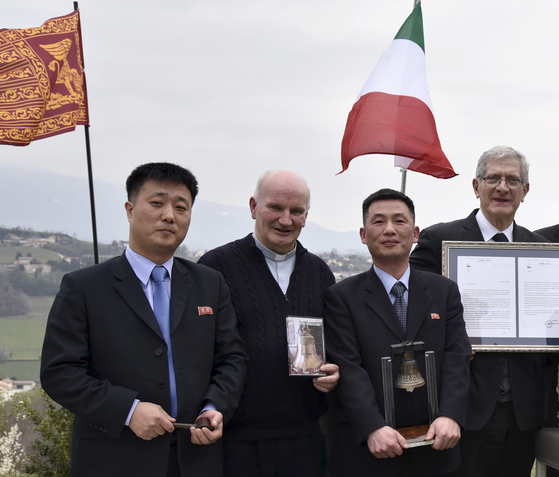 North Korea's former acting ambassador to Rome, Jo Song-gil, second from right, poses with Italian officials and civic leaders at an event in 2018, months before his disappearance in November of that year. [YONHAP]


North Korea’s former acting ambassador to Italy has been resettled and living in South Korea since July last year, according to lawmakers in Seoul.

Jo Song-gil is arguably the highest ranking North Korean official to defect to the South since Hwang Jang-yop, the architect of the North's Juche state ideology, in 1997, although some analysts say his position as acting ambassador was only temporary.

In a Facebook post Wednesday, Rep. Ha Tae-keung of the main opposition People Power Party (PPP) said Jo had entered South Korea in July last year and has been under government protection since. A source from the ruling Democratic Party (DP) confirmed the defection, adding that Jo personally requested asylum from the South Korean government.

The National Intelligence Service, the South’s spy agency, said it could not confirm Jo’s defection or his presence in the South.

The months of secrecy, according to another DP source, was “strongly requested” by Jo himself.


Jo served as Pyongyang's acting ambassador in Rome for just over year after September 2017, when North Korea’s ambassador, Mun Jong-nam, was expelled by the Italian government in response to Pyongyang’s sixth nuclear test that year.

In November 2018, Jo and his wife disappeared in Italy, which prompted the North to fire several of its high-ranking diplomatic officials in retribution.

North Korea also repatriated Jo’s then-17-year-old daughter, who is reportedly disabled, according to the Italian Foreign Ministry in February 2019.

The safety of his daughter may have been why Jo has kept a low profile since his disappearance, according to Rep. Thae Yong-ho, North Korea’s former deputy ambassador to Britain and PPP lawmaker, who denied he had any knowledge about Jo’s current whereabouts. 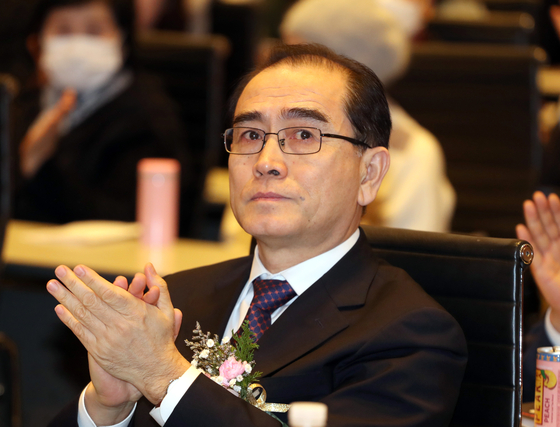 
Thae, who became one of the highest ranking defectors from the regime in 2016, shares a friendship with Jo and led a campaign in 2018 to bring the former acting ambassador to South Korea. But he stopped the campaign when it was revealed Jo’s daughter had been sent back to North Korea.

Urging restraint from the South Korean press in its reporting on Jo, Thae wrote on his Facebook page Wednesday that defecting diplomats have to worry about family members in North Korea.


“The level of punishment North Korea deals on remaining family depends on where the defected diplomats are,” Thae wrote. “If the diplomat resides quietly in a third country, he is treated as a deserter, but if he gains asylum in South Korea, he is regarded as a traitor and defector.”


In his own memoirs published in 2018, Thae wrote that Pyongyang often forces its diplomats stationed abroad to leave behind at least one of their children to use as leverage over them.

An order from Pyongyang to send his own eldest son back from Britain was the primary motivation for his family’s defection in 2016, Thae wrote.

North Korea has not responded to news of Jo’s reported resettlement in South Korea, but the issue had the potential to further aggravate relations on the peninsula most recently frayed by the shooting of a South Korean fisheries official in the North’s waters.

Jo is the first ambassador-level figure to defect abroad in 20 years — as well as the first since North Korean leader Kim Jong-un’s assumption of power in 2011. The last was North Korean ambassador to Egypt Chang Seung-gil, who fled to the United States in 1997.