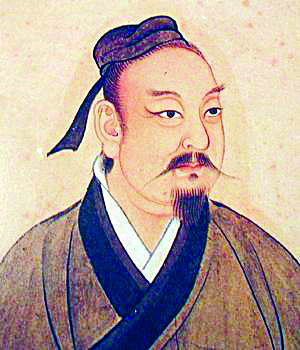 
Mozi, the founder of the school of Mohism, is not considered a mainstream thinking in the Hundred Schools of Thought of the Warring States period of China. No state has adapted Mohism as its guiding philosophy.

It’s not because the philosophy is bad. It is actually too hip and cool to believe it’s from 2,000 years ago. The focus is “impartial love,” the idea of universal love regardless of gender, age, class or relationship. It was also the origin of “no work, no food.” Unearned income, or wealth without justification, was considered a sin, while equal opportunity, fairness and justice were valued.

The problem was that the ideas were hard to implement. The accomplishment of the Mohist philosophy could only be attained through struggle and patience. Those who “wore rough clothing, clogs and grass slippers, never resting day or night until no flesh was left on their calves or hair on their shins” were considered model Mohists. Abundant, enjoyable and affluent lives were not the focus. From the beginning, it was not a philosophy for the ordinary people.

Zhuang Zhou said that Mohism “betrays the minds of the mundane people.” In other words, the philosophy was too far from the universal sentiment and human nature.

In many ways, I see the Moon Jae-in administration through it. Many of the policies in the current administration go against natural desires to get better education, own better houses and engage in freer economic activities. Ironically, some people related to the current government following those desires in their own lives. They carry out the urges to buy multiple houses, get favors using their power and go abroad to buy a yacht in the middle of a global pandemic.

Zhuang Zhou said Mozi’s method of teaching won’t allow people to love others and that behaving like this won’t allow self-love.

Mozi actually did follow his beliefs, but those related to the current government teach others this way without acting themselves. They seem to have a stronger sense of self-love than anyone else.

IVE holds press conference ahead of release of its new single