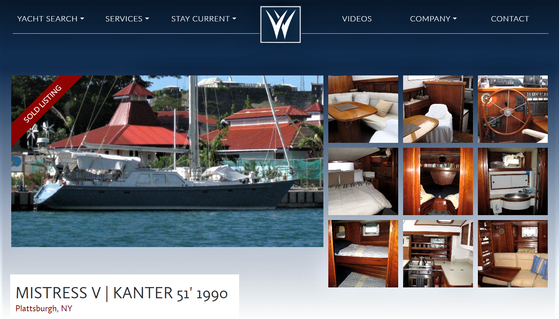 A similar yacht to the one which the husband of Foreign Minister Kang Kyung-wha flew to the United States last week to purchase amid travel cautions after the Covid-19 pandemic. [JOONGANG ILBO]

HAN AE-RAN
The author is the head of financial planning teamof the JoongAng Ilbo.


“Three things people are eager to own but become nuisances once owned are a yacht, a vacation home and a lover,” wrote Venerable Jimyung in a column he wrote for a newspaper. In “Perception of Nothingness,” he talked about his purchase of a second-hand yacht.

Three years later, he sailed across the Pacific Ocean in a yacht without an engine for five months. He named the yacht “Paramita,” meaning “arriving at the hill of enlightenment.” Not long after crossing the Pacific, he sold Paramita. Perhaps, maintenance was just as costly as the enlightenment.

Yachts have long been an object of admiration and symbol of wealth to many. Fred Schwed’s 1940 book “Where are the Customers’ Yachts” describes a scene showing the theme of the book.

“Once in the dear dead days beyond recall, an out-of-town visitor was being shown the wonders of the New York financial district. When the party arrived at the Battery, one of his guides indicated some handsome ships riding at anchor. He said, ‘Look, those are the bankers’ and brokers’ yachts.’ ‘Where are the customers’ yachts?’ asked the naïve visitor.” Eighty years ago, yachts were a symbol of the rich bankers and their greed.

The image of yachts often leads to unfair blame. Former president Roh Moo-hyun was the victim of such ungrounded controversy. In 1991, a media outlet reported that Roh, then a representative and spokesperson of the opposition party, was a rich man who owned a private yacht.

Roh raised a defamation suit and won. The ruling in the first trial states that the yacht was a dingy without an engine or cabin and cost 1.2 million won ($1,040).

Hiking is the choice of leisure activity for a country with a per capita income of $10,000, golf for $20,000 and yachting for $30,000. Korea’s per capita income surpassed $30,000 three years ago. Is it time to open the era where sailing is a popular activity? That’s what strikes me after the news broke that the husband of Foreign Minister Kang Kyung-wha flew to the United States to buy a yacht amid travel restrictions.