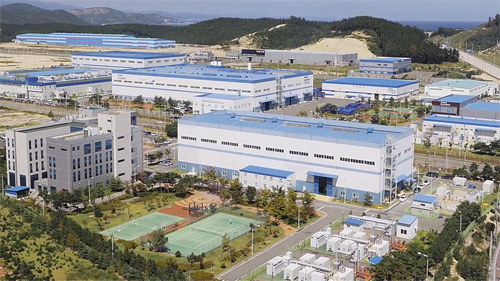 A wholly owned subsidiary of steel giant Posco, Posco Energy is Korea’s largest private electricity supplier. Since the late 2000s, the company has been developing hydrogen fuel cells as a future growth engine.

FuelCell Energy had been a partner in that drive for more than a decade. In 2007, the two companies signed an agreement in which Posco Energy purchased shares of the U.S. firm and obtained a license that gave it access to FuelCell’s Molten Carbonate Fuel Cell (MCFC) technology.

In 2016, the two companies decided to establish a joint venture in fuel-cell batteries. But according to Posco Energy, little progress was made in the past four years as the U.S. partner had been “uncooperative.”

In June, FCE filed suit in the ICC requesting revocation of the license deal and damages of $200 million for Posco Energy violating contract terms.

“The joint venture was an important step in our effort to normalize the fuel-cell business,” the company said in a statement. “The plan was to cooperate with FCE in technology and supply networks. But despite having agreed in the memorandum of understanding, [FCE] suddenly launched a legal suit.”

Posco Energy claims FCE’s move is an intentional gambit to do business directly in Korea, which now has one of the largest fuel cell markets in the world. Under the original license, Posco Energy was given exclusive rights to FCE’s MCFC technology in Asian markets until 2023.

Posco and FCE, in fact, have been fighting and reconciling throughout their relationship. A major issue occurred when core components supplied by FCE were found to be faulty, causing defects in Posco's fuel-cell batteries.

Some $800 million in damages were the result of FCE’s faulty components and FCE’s failure to fulfill contractual duties, Posco Energy said.