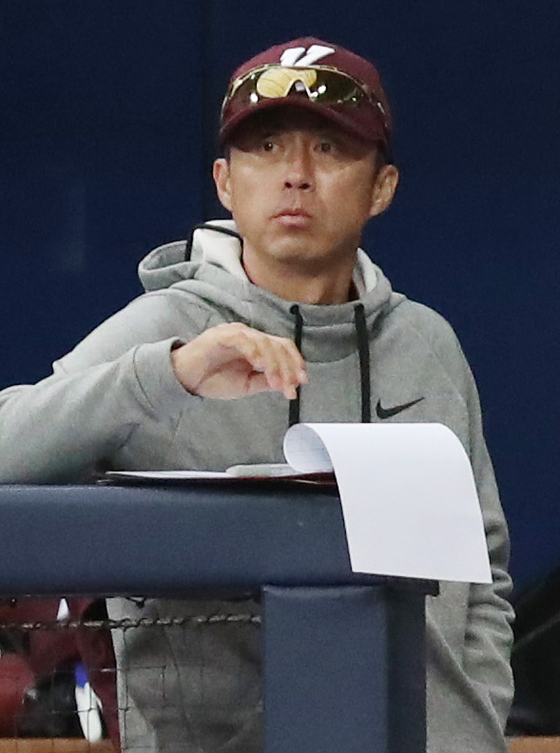 In a statement announcing Son's resignation on Thursday, the Heroes said Son stepped down to take full responsibility for the team’s recent struggles. Son reportedly spoke with general manager Kim Chi-hyun after the Dinos game on Wednesday.

Following their conversation, the Heroes decided to accept Son’s decision to resign.

“I’m thankful to the club for appointing me as a manager,” Son said. “I also feel bad for not being able to meet the expectations. I’m sorry to the fans who had high expectations and to the players.”

Son’s resignation came as quite a surprise as the Heroes are still in a safe position to advance to the postseason. When Son announced his resignation, the Heroes were ranked third in the KBO’s regular season standing, nine games behind the top-ranked Dinos.

The move came as a surprise, as the Heroes only had 12 games remaining until the end of the regular season.

Following the announcement, the Heroes appointed quality control coach Kim Chang-hyeon as the interim manager for the remaining games. 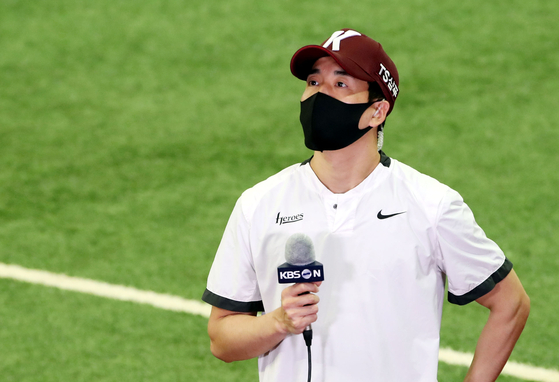 
Although Kim doesn’t have any experience in the KBO, he previously played baseball for Kyung Hee University. Following college, Kim joined the Heroes in 2013, working in the analytics department.

As the Heroes believe that Kim has a great depth of understanding and data analysis skills, the club decided to appoint its quality control coach as its interim manager.

“Due to Covid-19, the regular season got delayed and saw a lot of injured players,” said general manager Kim Chi-hyun. “We want to thank manager Son for trying his best. Since we only have a few more games remaining in the season and are currently fiercely competing in the pennant race, we’ll strengthen communication between the front office and the team on the field. We’ll try our best to produce the best result using a date-driven approach.”


However, things aren’t looking too good for the Heroes since Son’s resignation, as the team lost its Sunday game to the bottom-ranked Hanwha Eagles 9-3. As of Sunday's game, the Heroes have 75 wins, a draw and 60 losses.