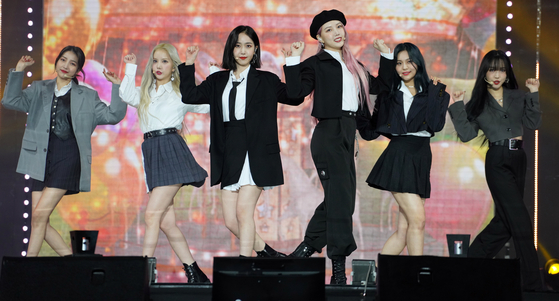 
Girl group GFriend is gearing up to drop a new album next month.

The new full-length album “Walpurgis Night” will be released on Nov. 9, four months after the group dropped its EP “Song of the Sirens” in July, and almost two years since the release of its most recent full-length album “Time for Us” in January last year.

The upcoming album will wrap up the series of EPs the group has been releasing since February. The group wanted to show the different charms of the members with the series that started with the EP “Labyrinth."

The girl group’s agency Source Music was acquired last year by Big Hit Entertainment, home to global star BTS. The producers for BTS have reportedly been collaborating with talents at Source Music to support its artists.