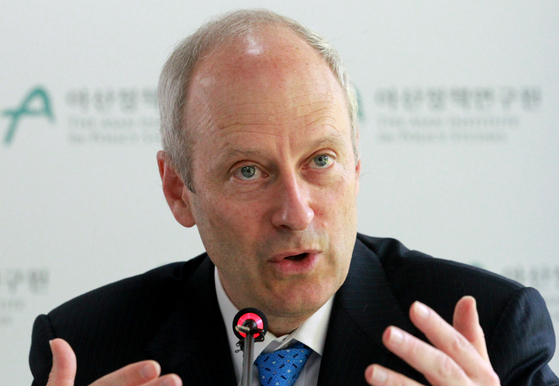 Michael J. Sandel, a world-renowned philosopher and author of the 2008 bestseller “Justice: What's the Right Thing to Do?," will participate in a virtual international anticorruption conference co-hosted by the Korean government in December to discuss the rising issue of unfairness during the Covid-19 pandemic.

The program will be held on the morning of Dec. 1 and streamed on the IACC’s official website, www.iacc2020.kr, later that afternoon with simultaneous English and Korean interpretations for viewers to watch.

Kim Sun-ouk, a philosophy professor at Soongsil University in Seoul and president of the Korea Arendt Society, will moderate the talk and discuss fairness and justice with Sandel from a Korean and global perspective, the ACRC said. Afterward, ACRC Chairperson Jeon Hyun-heui will join to talk about fairness and justice in Korean society.

Sandel will attend virtually, while Kim and Jeon will attend from a makeshift studio at Coex in Gangnam District, southern Seoul.

Questions for Sandel and Jeon will be received from the public through Nov. 3 on the IACC’s website. Seven hundred participants will be chosen to receive Sandel’s latest book, “The Tyranny of Merit: What’s Become of the Common Good?” (2020), and 20 of those recipients who submit the best questions will be invited to the makeshift studio on the morning of Dec. 1 to watch the session up close.

Jeon expressed high hopes for the special session with Sandel, saying in the English-language press release from the ACRC Monday that she wishes many people would “join the session to join the discourse on justice and fairness of today.”

The IACC, which is normally held every two years and attracts 2,000 people from foreign governments, civil society groups, academia and the media, was originally scheduled to be held offline last June at Coex. Due to the coronavirus pandemic, it was delayed to December and relocated to Bexco in Busan, until the ACRC announced last month that the conference will be held virtually.