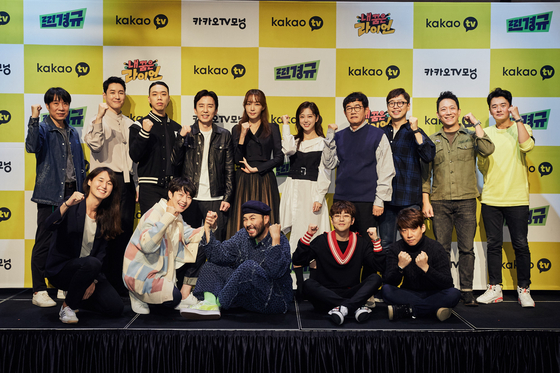 
Kakao TV is paving a new path for entertainers and producers by coming up with new video content that is smartphone-friendly to target the millennials and Generation Z.

Launched as a new streaming business by Kakao M last month, Kakao TV held an online press conference on Monday to share the progress of its original entertainment shows: “My Dream is Ryan,” "ZZIN Kyung-kyu,” and “Kakao TV Morning.” 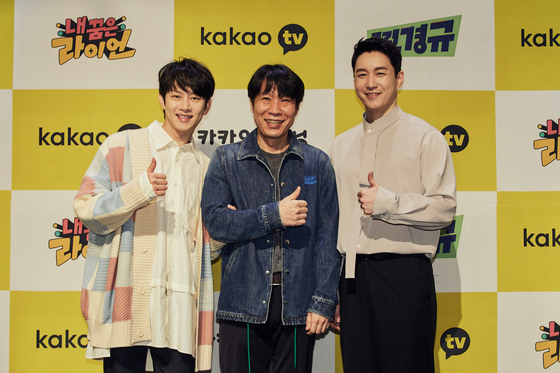 
KakaoTalk's in-app video streaming service sets itself apart from other over-the-top (OTT) platforms by producing original content in the so-called “short-form” format that runs for about 10 minutes. Many are also produced in vertical formats that are optimized for smartphones. 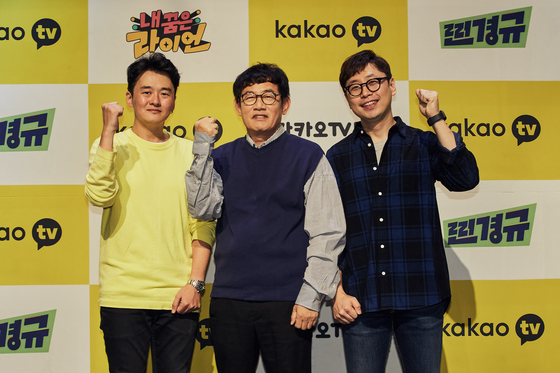 
"I chose Kakao TV to show that I will never change even if the platform changes,” veteran comedian Lee Kyung-kyu, who appears on Kakao TV's entertainment show "ZZIN Kyung-kyu," said. "We will try novel ideas and formats that are difficult to try on terrestrial TV channels.”

“Some people are misled by the title because of the word ‘Morning,’ but you can enjoy the content anytime when you are free,” Park Jin-kyung, the producer of “Kakao TV Morning,” said. “It’s just that the videos are uploaded every morning at 7 a.m.”

“As an entertainer, I’ve done so many programs in the past 10 to 20 years that every new program sounds cliché,” entertainer Noh Hong-chul who appears on “Kakao TV Morning – The Three Ants” said. “But Kakao M told me that they will let me do and say anything to try something completely new. When they said they are studying the new digital trend, I wanted to learn how different the mobile-oriented entertainment programs could get.”

“Our original studio will continue making more entertainment shows in the future, and keep pace with the changing mobile trend," Oh said.

The streaming platform previously announced that it will produce six dramas and 19 entertainment shows by the end of the year and more than 240 original series in three years.