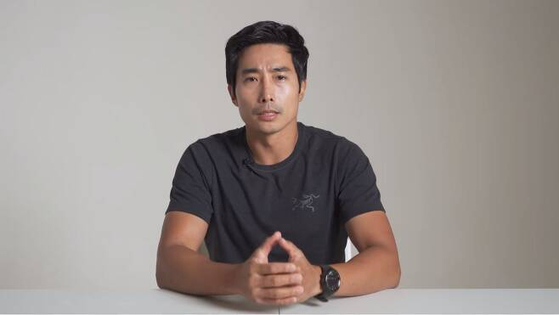 
Lieutenant Ken Rhee, who gained explosive popularity through the reality show "Fake Men" on YouTube, said he will take legal action against those who spread false information about him.

The comment comes after YouTuber Kim Young-ho, a former newspaper journalist, alleged he faked his United Nations career and was found guilty of sexual harassment. Rhee admitted that he had been found guilty but claimed he was innocent.

"Every suspicion raised about my career and academic background, including my service in the United Nations, is not true," Rhee said on his YouTube channel on Tuesday. "I've never fabricated my career with lies nor have I made a profit out of it."

"I realize how dangerous it is to gain fame, but I will think of these allegations as what it takes to be famous," Rhee said.

Rhee admitted that he had been fined for sexual harassment after he groped a woman in a club in 2018 but said that he is innocent, arguing the ruling was solely based on the victim's consistent statement. However, the court ruling reads that the victim's statement is in accordance with the CCTV records and two other witnesses' testimony.

Rhee, a former Korean Navy Underwater Demolition Team military (UDT/SEAL) instructor, first gained fame after serving as a training instructor on entertainment show "Fake Men." More recently he has appeared on a variety of entertainment shows such as MBC's "Radio Star," SBS's "Master in the House" and JTBC's "Just Comedy."

Rhee Ken arrives to fight in Ukraine despite gov't 'threats'

Rhee Ken denies claims a cameraman follows him around in Ukraine