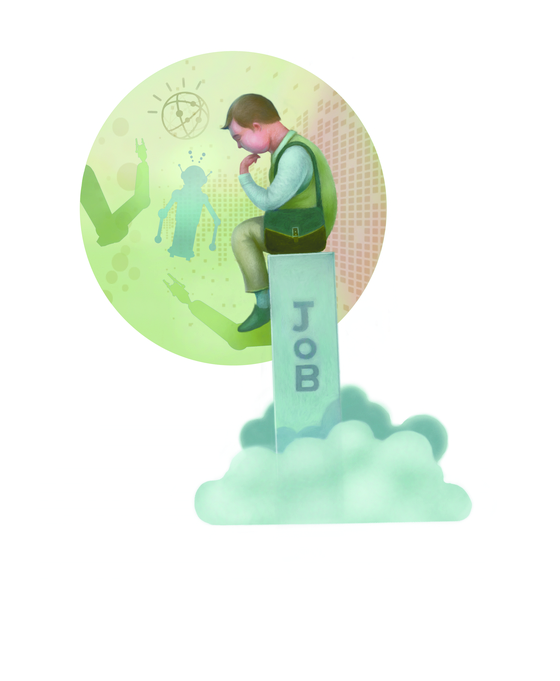 It all comes down to jobs. Jobs determine the success and failure of the economy — and political parties — as it’s a matter of bringing bread to the table.

In the past, people worried less about getting a job amid consistent economic growth. Retiring from a decent job was not a rarity. People also believed that technology could create good jobs. This is changing with the fourth industrial revolution. Big data and artificial intelligence  (AI) have started to create more added value than human labor. Optimism in technology has been shaken, while the labor market is twisted by irregular employment and strong unions.

Ironically, the introduction of the 52-hour workweek and increases of the minimum wage took jobs away from the vulnerable. Some argue that the definition of work must change.

What should companies, the government and society do to resolve the conundrum of jobs? Can Korea businesses still create quality jobs? 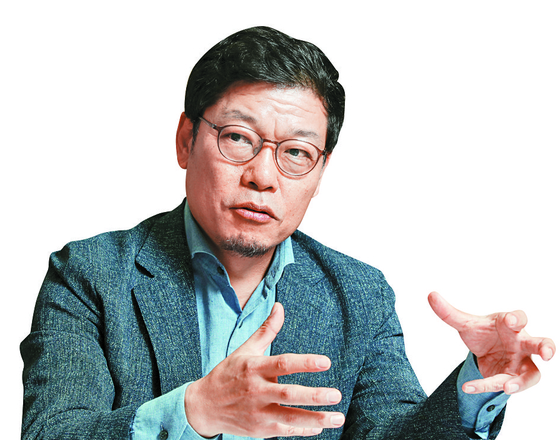 Seoul National University Professor of industrial engineering Lee Jeong-dong asked big questions of Korean industries in his 2015 book, “Time of Accumulation,” for which he interviewed 26 engineering professors at the university. When he was a presidential candidate, Moon Jae-in read the book, which considers the challenge of technology companies as a breakthrough for low growth.

Lee is currently a special advisor for economy and science to the president. We met the professor in his office on Sept. 17.

A. Korean companies had been strong and done well for half a century. But they always competed against a certain rival. They copied and modified standards and attempted to go beyond. They chased diligently but failed to dare to challenge in fields with no global standards. That’s why Korea’s growth potential keeps falling. In fact, there hasn’t been any change in major export industries since the 2000s. That means pioneering companies have declined. Setting a standard begins by coming up with questions. The 50-year practice must change. Otherwise, it is hard to maintain competitiveness.

But it is hard to even keep up with the fourth industrial revolution.

Artificial intelligence (AI) or big data is a general-purpose technology (GPT) that is changing human interactions, transactions and the physical environment entirely. Once GPT kicks in, past leaders are meaningless. So the fourth industrial revolution is an opportunity and risk at the same time.

I am worried GPT will eliminate jobs.

The only solution is to create new companies. The seeds for entrepreneurship have been planted. Now, scaling up is important. “Prepared start-ups” with advanced technology and experience should be encouraged, as in the Silicon Valley. When you create customers to sell your goods and technologies to, jobs will be created.

It is harder to innovate in existing companies than at start-ups. Is there a shortcut?

Companies always say they struggle. What is innovation? Changing everything? Coming up with new products overnight? Nope. They need to make “small bets.” The first robot model presented by American robotics company Boston Dynamics in 2009 was funny. Now, it’s surprisingly meticulous. The power to accumulate experience and endure the test of time for 10 years is innovation. Rather than studying books, companies should learn from trials and errors.

The role of the National Assembly is especially important. Technology regulation is an act of remodifying business rights. It is not about right or wrong, but a process of reaching a new social consensus. The legislature must help respond to discord caused by innovation with common sense.

What roles should the government play?

The government should be the purchaser of technology, not a provider of research and development (R&D) funding. When a public agency demands innovative technology from the market, the market responds. U.S. Democratic presidential candidate Joe Biden promised to spend $700 billion on buying technologies and goods from American companies. That’s how Silicon Valley and AI in China grew. The size of Korea’s public procurement — 123 trillion won ($107 billion) as of 2018 — is hardly small.

The government ‘should do nothing, as much as possible’ 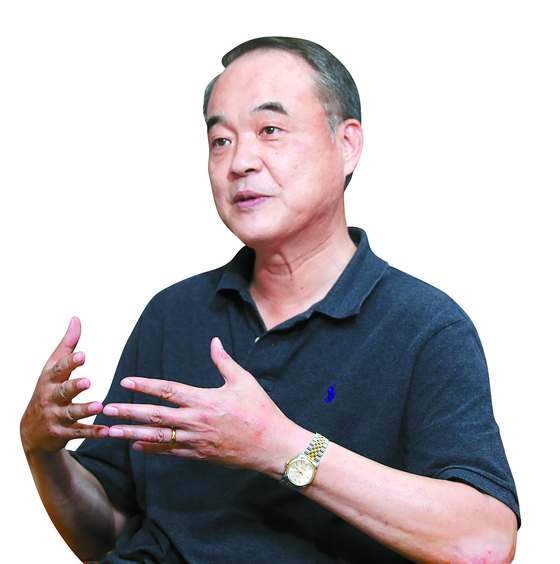 Economics professor Kim Dae-il at Seoul National University believes in markets and business, and thinks the government’s interventions are hindering them.

“The government’s mindset is old-fashioned. It wants to tie a changing society to the old frame,” said Kim, who headed the Korean Labor Economic Association in 2018. He claims that minimum wage increases and the 52-hour workweek are products of such a mindset. We met the professor at his office on Sept. 24.

A. Instead, it eliminated quality jobs. The government drastically increased the minimum wage and supported small businesses by raising employment maintenance funds from large and established companies. The good jobs that could be created by bigger companies were sacrificed to maintain minimum-wage jobs. It practically blocked new jobs.

High-wage workers in large companies already don’t work 52 hours a week. As the system expanded, it only reduced the incomes for low-wage workers. Reducing the labor hours per person did not lead to additional employment. Labor income decreased and jobs did not increase.

Then what should the government do?

It should do nothing, as much as possible. The current government packages redistribution and equity policies as job policies. On everything, it thinks politically. Excessive employment protection rather suppresses workers’ motivation.

Due to the pandemic, policies to protect employment are inevitable.

The government must look at it with a long-term view. Amid the Covid-19 pandemic, companies need to minimize expenses to make V-shaped rebounds. As they cannot fire workers, their competitiveness worsens. The unemployment issue is a social responsibility, but the burden was transferred to companies.

But businesses would follow if the government takes the initiative.

The government made people have such perceptions. It is bad and wrong. Jobs that corporate owners announced after attending government meetings are hardly ever quality jobs.

But companies don’t have good ideas either.

Elimination and creation of jobs at a time of economic transition is natural. You don’t have to worry about certain industries losing jobs. All you need to do is to create an environment where companies like Naver or Kakao can appear.

Isn’t that exactly what the Korean New Deal advocates?

If the New Deal Fund was a good business with a chance for success, the private sector would do it. Why should we spend tax money and administrative expenses? It is basic economics that spending shrinks if more taxes are collected. Even while “tax-funded jobs” are created, the jobs that were eliminated in the private sector should be considered.

Isn’t there a need to nurture new industries?

Funding should flow into ventures. Capital market regulations should be lifted, and the financial sector should be reinforced. It’s impossible in an environment where the government practically sways bank heads.

Even as new industries grow, it is hard for them to do mass hiring like the manufacturing sector. Coupang hired many workers, but most are its delivery workforce.

In the information technology era, a few superstar companies monopolize the global market. When wealth spreads from them, businesses that didn’t exist are created.

Despite demands for labor reform, it is hard to achieve that.

In the early days of the liberal administration, many economists advised that the job should be done by this administration as conservative governments could not attain labor reform. But the current administration aggravated employment rigidity. Labor unions should not be blamed. New industries cannot be nurtured at this rate.

[Editorial] A statistical illusion about employment