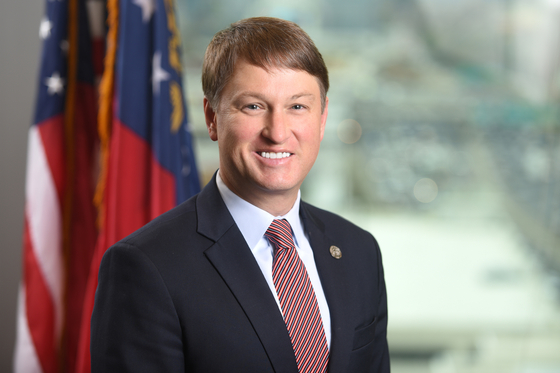 “This two-phase project is an economic game-changer, with the potential to create significant benefits not only for the county and the City of Commerce, but for businesses across Northeast Georgia.

“This project — the SK Innovation lithium-ion battery manufacturing facility in Commerce — is already creating economic benefits as the site is under development. While these construction jobs are temporary, the company is well on its way to making a difference for the 2,600 individuals SK Innovation will soon directly employ for the long term.”

The comments come at a tense time for SK Innovation as it awaits the U.S. International Trade Commission (ITC)’s final ruling on its ongoing legal disputes, known as the battery brawl, with LG Chem.

If the U.S. ITC upholds its default ruling that SK has stolen LG’s EV battery technology trade secrets, the Georgia plant project could be halted for good as the decision would ban SK Innovation from importing production equipment into the country. A final determination is scheduled for Oct. 26.

Currently under construction since 2018, SK Innovation’s EV battery plant in Georgia was not just a big deal for the Korean petrochemical company. The state of Georgia had offered one of the largest incentive packages in its history, including $300 million in grants and tax breaks. In return, SK Innovation promised the production facility would create 2,600 new jobs.

In June, SK announced additional plans to establish a second production facility in Georgia. Those two facilities combined were to have a production capacity of 11.7 gigawatt hours by 2023.

Job creation is a core initiative for the region, which in the past was hailed as one of the country’s largest industrial clusters. The plant for EV batteries, a relatively young industry with high growth potential, was expected to create new steam in the region’s economy.

“These suppliers will also invest in Georgia and create additional jobs on top of those created directly by SK Innovation... The magnitude of this multi-tiered project will serve as a foothold for Georgia to take advantage of the rapidly growing electric vehicle industry."

Wilson stressed that the SK Innovation project is expected to generate $271 million in revenue for Jackson County over the next 2 years, among which $160 million will go to local schools. The 2,600 promised jobs, he said, would be “highly-skilled, long-term jobs... filled almost entirely by local residents."

As seen in Wilson’s message, SK Innovation’s Georgia plant is linked to a score of players other than the Korean company. Its client carmakers Volkswagen and Ford had also come out in support of SK, submitting statements to the ITC expressing concern of a supply disruption earlier this year.

The push to emphasize SK Innovation’s potential role in creating jobs and the country’s EV industry appears to be an effort to convince the U.S. administration that regardless of the U.S. ITC decision, the factory is worth saving. Blue-collar voters have played a big role in President Donald Trump’s election and with the ongoing Covid-19 pandemic hurting the U.S. economy, job creation is a vote-swaying initiative.

Based on its past records of trade secret theft cases, the possibility of the U.S. ITC overturning its preliminary ruling is low. SK was hit with the preliminary ruling for spoiling evidence — a matter the U.S. ITC takes seriously. Discussions are ongoing with LG Chem to find an agreement but little progress has been made over the past year.

SK's best bet, therefore, is to convince U.S. authorities that there’s a reason for it to stay. The U.S. President is the only person that has the right to veto the U.S. ITC decision.