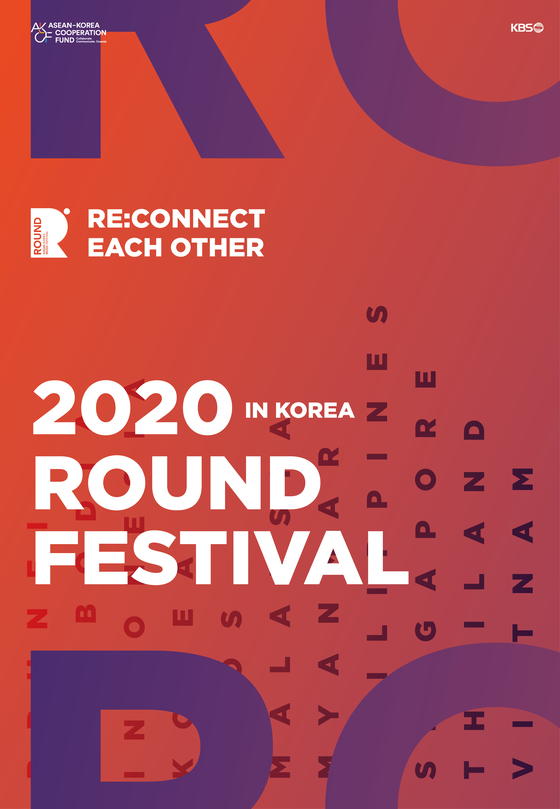 
TV network KBS will hold the "Round 2020" Korea-Asean online music concert on Dec. 6, featuring 20 teams of artists from Korea and the 10 Asean countries.

"Round 2020" is sponsored by the Ministry of Foreign Affairs, the 10 Asean countries — Brunei, Cambodia, Indonesia, Laos, Malaysia, Myanmar, Philippine, Singapore, Thailand and Vietnam — and the Asean Secretariat, under the slogan "Re:Connect Each Other."

The concert was organized to bring together Korea and Asean countries through music, "which is the universal language of all countries," to encourage better cultural exchange and solidarity, according to the concert's organizing committee.

"The project centers around a musical network between the countries, who have focused mostly on the economic exchange until now, to form a sphere of communication among the younger generation and alleviate the one-sided Hallyu [Korean Wave] export of K-pop idols," the committee said.

According to the committee, the event was initially planned as a concert where musicians and audience members from Korea and Asean countries would come together to share their culture, but had to be changed to an online format due to the ongoing Covid-19 pandemic, making "Round 2020" the first online Korea-Asean music festival.

The first lineup of artists revealed on Wednesday include some of the best bands in Korea, such as Daybreak, Soran, Song So-hee with Second Moon and Hoppipolla.

The concert aims to allow viewers to engage in direct communication with artists and each other, aiming for an open environment for the global audience. For the Korean audience, it will be broadcast on KBS 1TV's "All That Music."

Preorders for tickets can be made online and people who sign up for a VIP ticket will be able to watch from a "VIP Zone." Merchandise for the concert will also be available online through the official website www.roundfestival.net