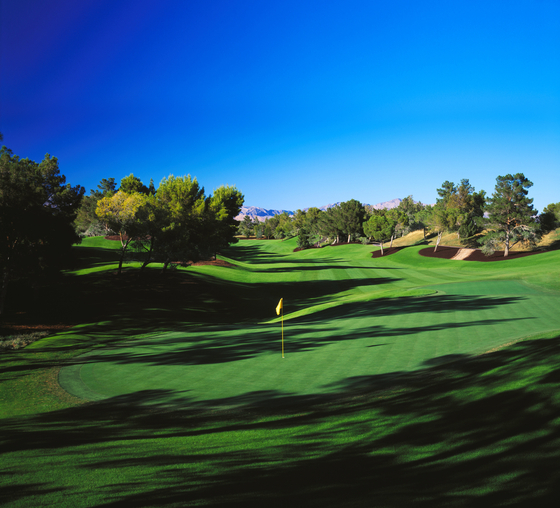 
The coronavirus pandemic may have played havoc with sporting schedules throughout this year but it hasn't stopped the CJ Cup from coming back for a fourth edition.

However, there is one huge difference this year.

Instead of the PGA Tour making its way out to the Nine Bridges course on Korea's Jeju Island, this year the tournament will be held at Shadow Creek Golf Course in Las Vegas, allowing the event to go ahead as planned without quarantine and travel issues.

The course was designed by Tom Fazio in 1990 and is a public golf course owned by MGM Resorts International. It is already a familiar site to many golf fans as it played host to the infamous The Match: Tiger vs. Phil, a head-to-head match play challenge between Tigers Woods and Phil Mickelson back in 2018.

“Shadow Creek just shocks everybody when they go because they don’t expect that kind of environment,” Fazio was quoted as saying on the PGA Tour website. “Because you come from the harshness of the desert, but when you go there you see dense vegetation, lush greens and it looks like something in North Carolina. It’s one of a kind. It’s something to see.”

With the change of site, the CJ CUP @ NINE BRIDGES has been rebranded as the CJ CUP @ SHADOW CREEK. As the extended 2020-21 PGA Tour season started earlier than normal, the CJ Cup is the sixth tournament, rather than the third as in previous years.

The tournament style remains the same. It will be played as a 72-hole no-cut event featuring 78 competitors playing from a total of 7,527 yards and vying for a total purse of $9.75 million. Of that, the winner takes home $1.75 million, the same as in other years. Along with the prize money, the champion will also gain 500 FedEx Cup points.


As the tournament is being held in Las Vegas, the field is even more competitive than previous years. 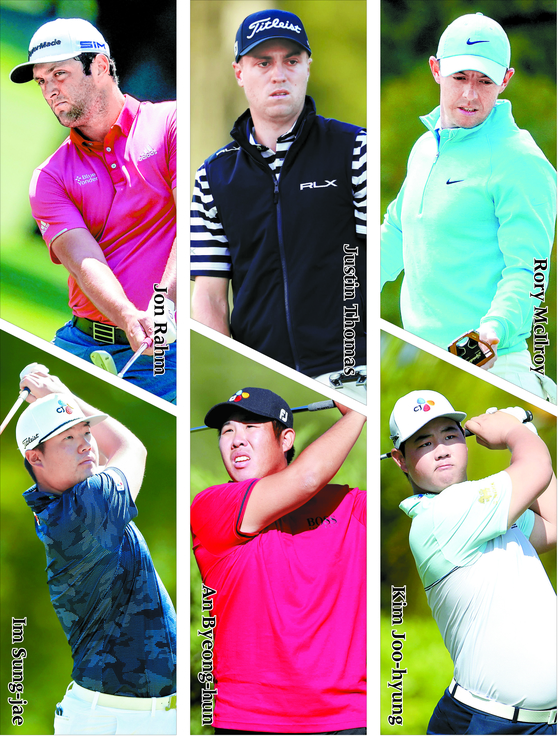 World No. 1 Dustin Johnson of the United States was scheduled to make an appearance at the tournament, but as he tested positive for coronavirus, he had to pull out of the tournament.

With Johnson out of the tournament, Rahm is the highest-ranked golfer, at No. 2.

After winning the BMW Championship in August by defeating Johnson in the playoff, Rahm hasn’t seen the best results at his latest tournament, the U.S. Open, where he finished tied for 23rd with a four-round total of 10-over-par. But now that Rahm has taken a fair amount of rest, he is once again ready to go.

“There was no time to think about resting,” Rahm said. “But now, after the U.S. Open, I’ve had some time and I’ve taken the time. Physically, I feel great. Mentally, especially [after] a cruel U.S. Open, you need some stress-free day. That’s the most important part. We have two great events without a cut, which is less stressful and less people on the golf course in two great venues in great cities. So I think it’s going to be a lot of fun playing those two events. And have two weeks to be ready for Augusta.”

However, the fight for the title won’t be easy as two-time champion and current world No. 3 Thomas also enters the tournament for the fourth straight year. Having won the 2019 CJ Cup in Jeju Island with a four-round total of 20-under-par, 268, he is ready to do it again, this time at a new venue.

To take the win, Thomas said consistency is the key.

“The guys that are always at the top of the world rankings, or up there more than anybody else,” Thomas said, “they know how to play bad, better than anybody else, if that makes sense. I’ve won tournaments without my best stuff and I’ve had the chance to win with really average golf. Everybody good is really, really good and everybody great is great. But it’s how good is your bad. If you’re not playing well, how can you somehow will your way into contention. And then when all of us get in contention, we feel pretty comfortable and that’s what’s most important.”

Despite being the world No. 4, McIlroy’s victory will be a long-awaited one as he hasn’t actually won a tournament since the WGC-HSBC Champions in November 2019.

World No. 8 Koepka will also be making a return after an injury and No. 5 Collin Morikawa of the United States, who won the 2020 PGA Championship, will also be competing for the title. Garcia will also be entering the tournament at the top of his game as he is coming off a win at the Sanderson Farms Championship on Oct. 4.

While there are a number of top-ranked golfers featuring in the CJ Cup this year, the CJ-sponsored players will also make their outings.

A total of 11 Korean golfers will be competing this weekend, with Im Sung-jae and An Byeong-hun earning their spots as top 60-ranked players in the FedEx Cup points standing, while Kim Seong-hyun earned his spot as the winner of the 63rd KPGA Championship.

Based on the KPGA Tour’s Genesis points standings, the top four-ranked players — Kim Han-byeol, Lee Jae-kyeong, Lee Tae-her and Ham Jeong-woo — get to compete, while Kim Joo-hyung will appear as the top-ranked Korean golfer on the Asian Tour’s order of merit.

Three more players — Sung Kang, Kim Si-woo and Lee Kyoung-hoon — earned their spots as the three highest Korean-ranked golfers on the official world golf rankings that had not already earned a spot in the tournament.

Among the CJ-sponsored players, 2019 PGA Rookie of the Year Im Sung-jae will lead the pack. Im enters the tournament for the third time this year, and this time he has set his sights on finishing in the top 10.

“I am competing at the CJ CUP for the third year,” Im said. “In the past two years, I finished somewhere in the middle of the field. Since this PGA Tour event is sponsored by my [main sponsor], I’m always thankful [for the opportunity]. So I want to play well.”

Despite the coronavirus, 2020 has been a big year for Im's career as he picked up his first-ever PGA Tour title at The Honda Classic in March.

As the tournament falls under the 2020-21 calendar, Im hopes to have another strong finish at his sponsored event. So far this season, Im has competed in three tournaments and is looking strong heading into the weekend as he finished tied for 13th with a four-round total of 17-under-par at the Shriners Hospitals for Children Open last week.

But regardless of his standings this weekend, he will get plenty of time in the spotlight as his first two rounds will be played alongside Thomas and Koepka.

An enters the tournament as the second highest-ranked Korean golfer at No. 58. Although An has never won a PGA tournament, he has been one of the most consistent Korean golfers on the Tour. Having missed the cut in all three tournaments he has competed in so far in the 2020-21 season, a strong finish at the CJ Cup could turn An’s season around.

Among the Korean golfers, Kim Joo-hyung is the youngest to compete this weekend, at 18 years old. This will be his fourth PGA Tour event, with the PGA Championship in August this year his first. Although he missed the cut back then, Kim has made the cut in the last two events and is looking strong heading into the CJ Cup.

Becoming the second-youngest pro golfer to win on the Asian Tour in November last year, at the Panasonic Open India, Kim burst onto the scene on the KPGA Tour by winning the KPGA Gunsan CC Open. Kim, like many of the Korean golfers competing, is sponsored by CJ.

The KPGA Tour golfers also started practicing at Shadow Creek in Las Vegas on Friday after testing negative for the coronavirus.