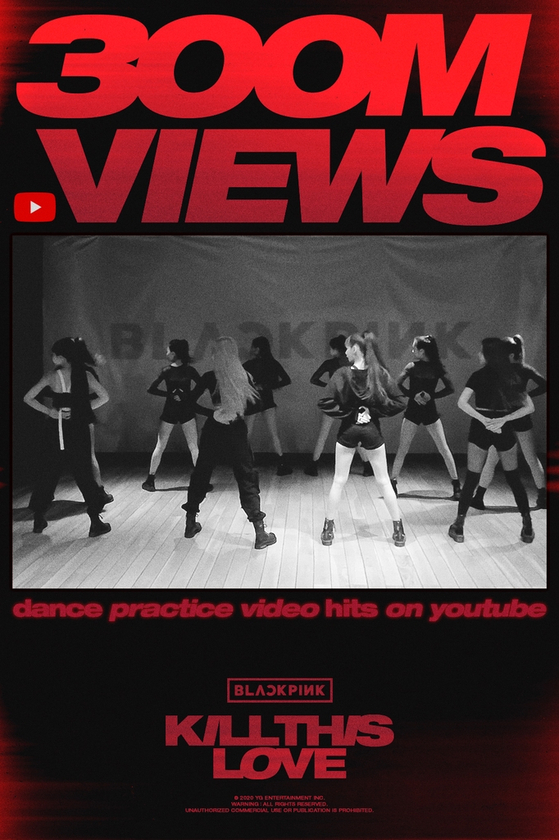 The record was reached a year and six months after the video was first released in April 2019, and is the group’s third choreography video to surpass 300 millions views after “Ddu-du Ddu-du” (2018) and “How You Like That” (2020).

The official music video of the song surpassed 1 billion views last month, also marking the third official video of the group's to do so after “Boombaya” (2016) and “Ddu-du Ddu-du” (2018).

The group debuted at No. 41 on Billboard’s Hot 100 singles chart with “Kill This Love,” a first for any K-pop girl group at the time. They now have the second-largest number of YouTube subscribers in the world at 51.1 million.

With their first full-length album “The Album” released earlier this month, the group reached No. 2 on the Billboard 200 chart and Official Albums Chart Top 100 in Britain.

It became the first K-pop girl group to top the Billboard Artist 100 chart, according to the latest update Tuesday.