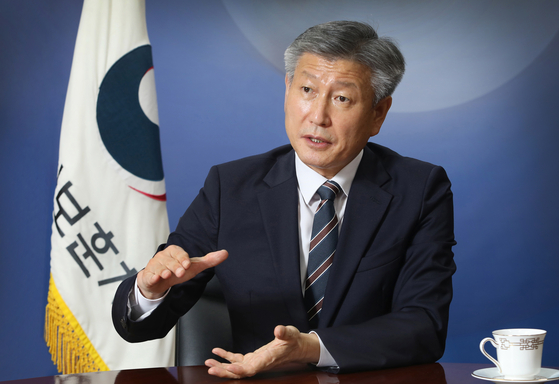 Minister of Patriots and Veterans Affairs Park Sam-duk speaks with the Korea JoongAng Daily at the ministry's branch office in Seoul on Oct. 7. [PARK SANG-MOON]

Walking into Kim Jung-soo's room in Bucheon is like walking into a small research center on the Korean War.

Ask any question about the 1950-53 conflict, and the 91-year-old veteran will pull out a book, binder or photo album and point to a clipped-out newspaper article, a copy of lists of names of cadets who fought in the war or some other record of statistics he procured from a government office. Shelves of these materials line the three walls of his room, from floor to ceiling.

“I suppose I did it to make sure we weren’t forgotten,” Kim said in an interview at his house on Oct. 15.

His collection is far more than a hobby. Kim's project has spanned decades since the war ended, driven by dedication to his fellow veterans.

Kim was a cadet at the Korea Military Academy (KMA) in 1950, a member of the first group of cadets enrolled in its new four-year program, when the war broke out. They were just 25 days into their first semester.

“We were drafted into battles here and there, and scattered,” Kim said. “All we knew was that the school had closed in July 1950. We were at the frontlines from then on.” 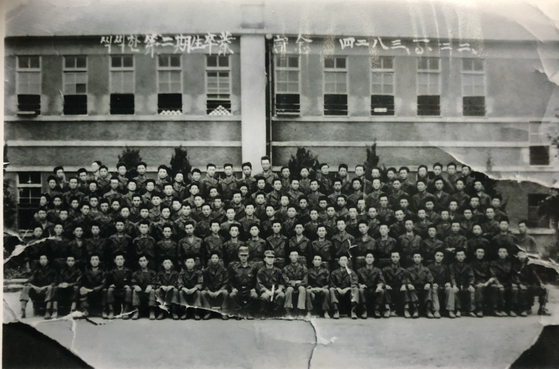 The first group of cadets at the Korea Military Academy to enroll in its four-year program, in this photo taken in 1950. [KIM JUNG-SOO]

When the KMA reopened in 1951, its original class members were on the battlefields. It recruited new members who graduated in 1955.


Kim and his fellow cadets meanwhile went on to serve in the Vietnam War, and were later recognized for their contributions fighting in both conflicts. Some of his peers also went to the United States for military training programs.

“But it pained us to see that we didn’t get to graduate from the four-year program,” Kim said. “We loved our school and we wanted to leave our marks in the records alongside the other cadets, as proud graduates of the school.” 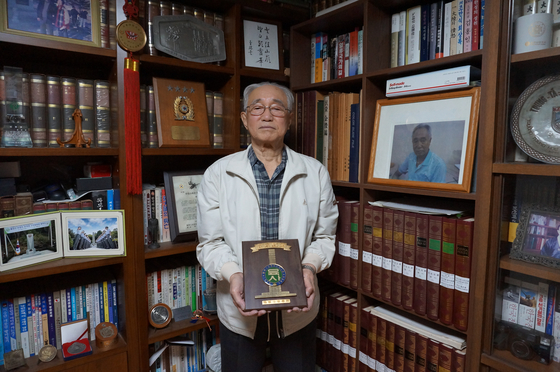 Kim Jung-soo at his home in Bucheon, Gyeonggi, on Oct. 15. [ESTHER CHUNG]

Thus Kim and his fellow cadets who survived the war started collecting all the records. They submitted them to the Ministry of National Defense in 1994. An official, if belated, graduation ceremony was organized in 1996.


“There were 94 of us there, some in wheelchairs, many in tears,” Kim said. “What a weird feeling it was to have begun our military careers so young, and graduate at such an old age.” 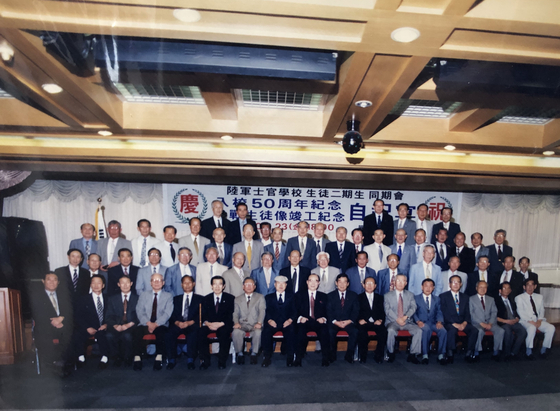 A gathering of Kim and his fellow cadets at KMA in 2000. [KIM JUNG-SOO]

In commemoration of the 70th anniversary of the outbreak of the Korean War, one of the core missions at the Ministry of Patriots and Veterans Affairs has been to be ensure that no veteran feels forgotten.

“For those of us born after the war, or who have never experienced conflicts in our lives, we cannot wrap our heads around how much these people went through during the war, the prices they paid,” Minister of Patriots and Veterans Affairs Park Sam-duk said, during an Oct. 7 interview at the ministry’s branch office in Seoul. “Our mission at the ministry does not only concern the physical welfare of the veterans, but also their spiritual and emotional welfare. The latter can only be fulfilled through our heartfelt gratitude for what they have done for the country.” 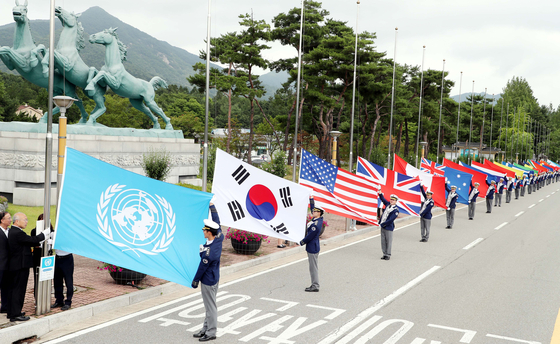 Flags of the United Nations and the countries that fought as part of the UN forces during the Korean War (1950-1953) are hoisted at the Daejeon National Cemetery in June 2019 to honor veterans. [KIM SUNG-TAE]

Part of the ministry’s program for Korean veterans has focused on helping them gain official recognition for their contributions during the war.

They include civilian fighters like Yoo Yeong-geun, 94-year-old lifetime resident of Ganghwa Island.

“When the able-bodied men were drafted into the war, the town was left with teenage boys and girls, women and the elderly population,” Yoo told the Korea JoongAng Daily at his home in Ganghwa on Oct. 5. “So a bunch of us teenagers in town got together and formed a village patrol. We fought with farming tools when we had to. We protected Ganghwa from the communist forces for the rest of that year.”

Yoo received his veteran credentials from the ministry in 2002. 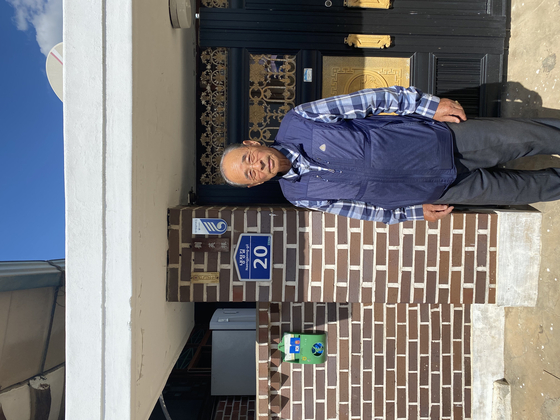 Yoo Yeong-geun at his home in Ganghwa Island on Oct. 5. [KIM EUI-JIN]

“What we’re trying to do more of lately is to be more proactive in finding such people,” Park said. “Before they come to us, we should be reaching out to them, and actively helping them locate their records. Time is running out. We have to find them so we can thank them in time.”


The ministry said it started proactively helping veterans locate their documents and records to receive credentials as war veterans in 2014. As of June 2020, an additional 2,121 civilian fighters in the Korean War and 66,457 military veterans were recognized for their participation in the war, according to the ministry.

For the overseas veterans, the ministry has sponsored annual "revisit" programs since 2010. As many as 33,000 veterans and their families visited Korea as of last year. When the program was canceled due to the Covid-19 pandemic this year, the ministry decided to send masks to the veterans instead. One million masks were sent to the veterans of 22 nations. 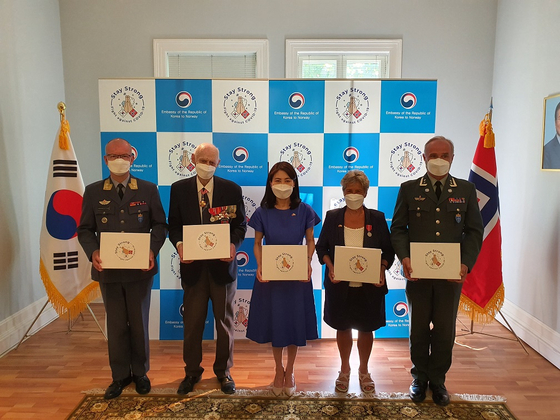 Nils Steen Egelien, president of the Norwegian Korean War Veterans Association, second from left, and Korean Ambassador to Norway Nam Young-sook pose during a ceremony to present the masks to Korean War veterans at the embassy in Oslo on June 15. [EMBASSY OF KOREA IN NORWAY]

“It was a very small gesture compared to what they have done for us, but we were amazed at some of the responses,” Park said. “The king of Belgium called President Moon Jae-in to say thank you, and the ministers of veterans affairs in the United States and Canada also got in touch personally to say thank you. It was a moment of realization for us at the ministry that this may be an area where Korea could show leadership in the world.”

Park, a three-star general who spent 35 years in the Army, is also a former president of the Korea National Defense University and a former director of the War Memorial of Korea. He said he's thought a lot about what it means to honor those who defended the nation during the war, but didn't used to get to meet the veterans themselves as frequently as he does now, a change he says he deeply appreciates.

“When I meet with the veterans, they welcome me into their arms like I am a lost child who has come home,” Park said. “There is something different there — a sentiment that is more than just welcoming. I think part of it has to do with the fact that when they meet us, the generation of Korean people who came after the war, they see the fruition of what they fought for. A country and its people were saved because of their sacrifice. And not only saved — it thrived. And when they stand before their very eyes to say thank you, I think there is something powerful in an encounter like that.” 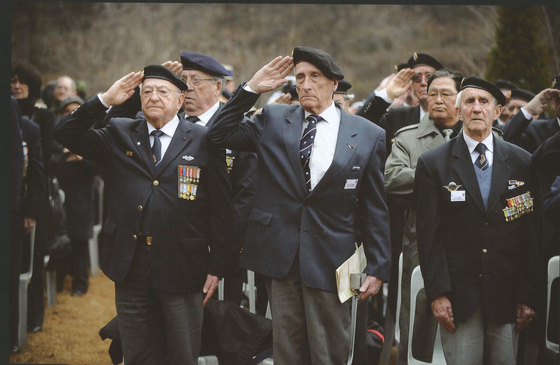 French veterans of the Korean War and officials of the French government visit the site of the Putchaetul battle in December 2008 and pay their respects to the fallen soldiers. [ECPAD/JEROME SALLES]

The ministry has also been coordinating with the embassies of nations that fought with South Korea on the internment of veterans in Korea after their deaths. A total of 2,309 veterans have been interred at the UN Memorial Cemetery in Busan.

While the annual Turn Toward Busan event at the cemetery to pay tribute to the veterans has been canceled this year due to the pandemic, the ministry will instead be hosting the first-ever gathering of the leaders of veterans affairs ministries and departments from other countries during an event in Busan in November.

“It will be the first time ever that ministers of veterans affairs will gather for such a conference dedicated to remembering the sacrifice of the veterans,” Park said. “Such a gathering will not only be a gesture of gratitude for the veterans but a powerful message for future generations, who we hope will follow in their footsteps of leaving a better world behind." 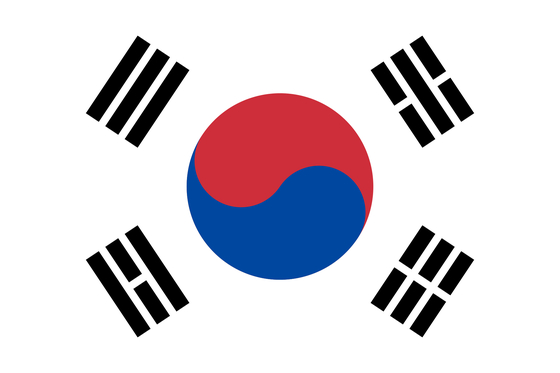 Korea
After the outbreak of the Korean War with North Korea's invasion of the South on June 25, 1950, around one million South Korean soldiers were estimated to have battled the North Koreans, and later the Chinese forces. But they were not alone in the trenches and on the battlefields. Twenty-two nations sent 1.95 million troops to Korea to fight as part of the UN forces.
The fighting ended with an armistice on July 27, 1953. A total of 137,899 South Korean soldiers were killed during the war, and 450,742 were wounded in action, according to the Ministry of National Defense. An additional 37,902 soldiers in the UN forces were killed in action and 103,460 were wounded.
Every year, the Ministry of Patriots and Veterans Affairs invites veterans overseas to revisit South Korea. As many as 33,000 veterans and their families have accepted the invitation, and have seen a country that has transformed in the decades following the devastating war.