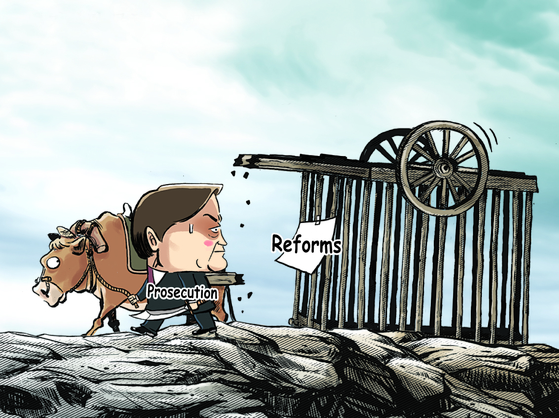 Prosecution reform has hit a snag after Kim Bong-hyun, former chairman of Star Mobility, who was indicted for financial fraud, argued in a letter he wrote in prison that he gave 50 million won ($44,000) in bribes to Rep. Kang Ki-jung, former senior presidential secretary for political affairs, on the recommendation of one of his lawyers, a former prosecutor. [PARK YONG-SEOK]