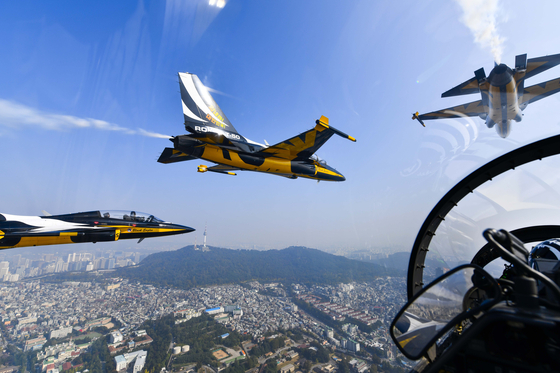 Over Seoul on Monday, the Black Eagles, an acrobatic flight team of the Korean Air Force, rehearse a flight to commemorate the fallen soldiers part of the Chosin Reservoir Campaign during the Korean War. The performance will take place at the War Memorial of Korea in Yongsan District, central Seoul, on Oct. 27. [NEWS1]