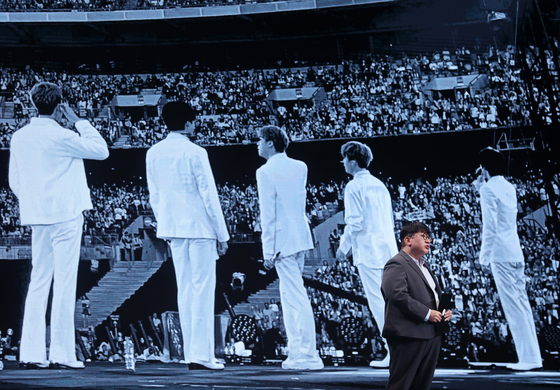 
Big Hit has been hit hard, with its stock dropping for three consecutive days following a one-day spike after its initial public offering.

Unlike BTS, its main client, the agency may have been a one-hit wonder.

Big Hit has lost 2 trillion won of market value since the first day of trade and about 5 trillion from the peak. It had been the 27th-largest Kospi stock. Now it is No. 42.

Retail investors may have been hit hard, losing almost 30 percent of their investments. As of Tuesday, they net purchased 1.61 million shares at an average price of 252,421 won. 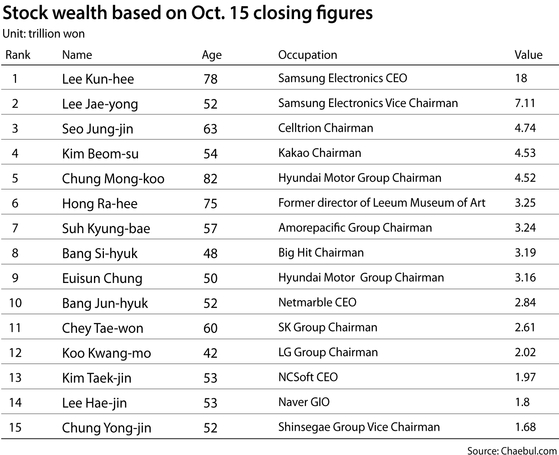 Big Hit Entertainment Chairman Bang Si-hyuk is far less wealthy than he was just a few days ago.

Bang owns 34.74 percent of the company, which was worth more than 3 trillion won at one point. Now it’s worth 2 trillion won.

Each BTS member received 68,385 shares. In less than a week, their holdings in Big Hit have lost more than 5 billion won, from 17.6 billion won on the first day to 12.5 billion won.

Despite Big Hit’s struggle and some investors raising concerns over a company that heavily relies on the success of a single boy band with no other significant properties, brokerages are still pushing the shares.

They note the potential of Big Hit. While the company has proven its capability with its K-pop management, its vision of integrating technology and entertainment has not yet been fully realized.

When technology integration is achieved, Big Hit's stock price is seen rising. The music label has been fostering communication between artists and fans through its platform Weverse.

While Big Hit has been struggling, the Kospi has been rising for the past two days.