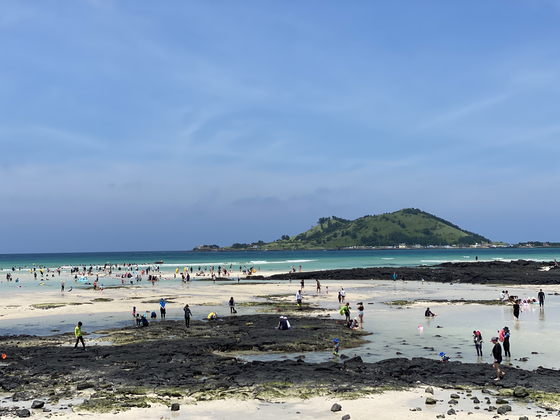 
Credit card payments by visitors to Jeju Island reached an all-time high in 2019, with domestic travelers and individual Chinese tourists driving the rebound.

After Korea deployed U.S. missile defense batteries in 2016, Beijing retaliated unofficially against Korea, and travel restrictions dramatically decreased the number of Chinese tourists to Korea. The two countries have been gradually mending relations ever since.

Jeju Tourism Organization (JTO) on Sunday said credit card payments in Jeju in 2019 amounted to 4.22 trillion won ($3.74 billion), the highest in recent years. The data was based on Shinhan Card’s analysis of consumption patterns of Jeju visitors from 2012 to 2019. JTO concluded that the consumption in Jeju’s tourism market rose as the number of local tourists as well as frequency of their visits increased after tensions with China emerged.

“Among all Jeju visitors last year, around 70 percent of them had visited the island more than once,” said a spokesperson for JTO. “The data show that the travel pattern of Jeju’s visitors has shifted to visiting the island more frequently.” 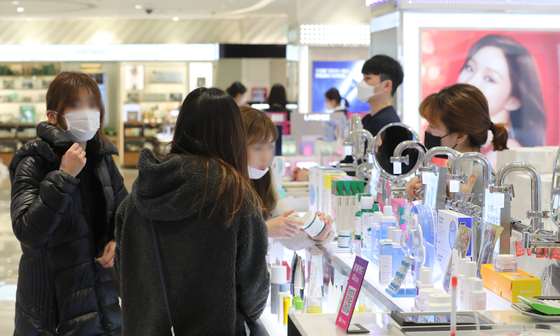 
China’s loosened travel restrictions on Korea also contributed to the increase in credit card payments. Last year, foreigners who visited Jeju accounted for 30.2 percent of the total credit card usage, or 1.28 trillion won. The value rose 37.4 percent from 2018, with increased traffic from daigong, the Chinese word for illicit merchants, and individual tourists.

Tourists are also spending money in more areas of Jeju Island than before. In 2012, consumption in Jeju was concentrated in four regions in the east, each recording more than 50 billion won of credit card transactions. That number rose to 13 regions throughout Jeju in 2019. Tourists are now exploring the nooks and crannies of the island.

By town, the growth rate was the highest in Gujwa-eup, followed by Aewol-eup and Daejeong-eup. Foreigners’ card payments were focused on eastern Jeju, but they have been spreading to western Seogwipo as well.

JTO said the jump in credit card payments at retailers was due to the increased food consumption by tourists who visit Jeju Island. The report, "Jeju Tourism Issue Focus Vol. 12," is available on the organization’s website.

“In 2019, the population of domestic travelers was not concentrated in particular demographic groups, such as region, occupation or generation, but saw a balanced growth throughout Jeju’s tourism industry,” said Koh Sun-young, head of the research and study center at JTO. “This year, the volume of visitors as a whole decreased due to the coronavirus pandemic, but there is an expectation that the quality of the tourism consumption will improve, since individual expenses and the period of travel have gone up as untact, or no-contact, and individual tourism increases.”