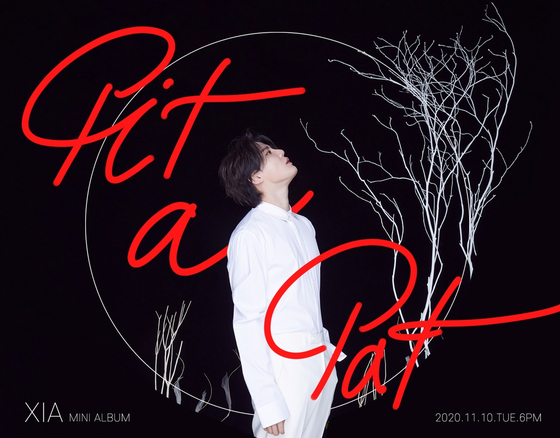 
Kim Jun-su makes his long-awaited return as a singer with an EP on Nov. 10, releasing new music for the first time in three years.

According to his agency C-JeS Entertainment on Monday, Kim — also known as Xia — will release his four-track EP "Pit a Pat," containing title track "Pit a Pat" as well as two ballads and "When it's snow" (2019), a track he dropped online for fans but did not officially release.

"Pit a Pat" will be a rhythmical house dance track, showing the best of Kim's performance skills.

This is Kim's first new official EP to come since his collaboration with singer Im Chang-jung on "We were.." (2017), a track he released while he was serving his two-year mandatory military duty.

He had been mostly active as a musical actor since he was discharged in 2018, featuring in famed musicals such as "Dracula" and "Mozart."