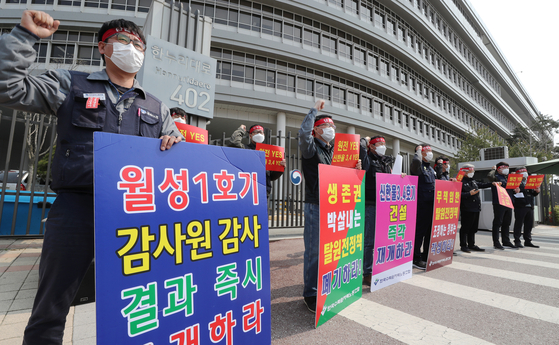 KANG-KI-HEON
The author is an industry 1 team reporter of the JoongAng Ilbo.

On Oct. 6, 1973, the Yom Kippur War broke out between Egypt and Israel. The oil price immediately fluctuated. Petroleum prices surged from $2.9 per barrel to $11.6 in January 1974. It was the first oil shock.

The impact was beyond imagination. Energy price increases resulted in a sharp surge in other prices. Major economies had negative growth. That was the beginning of stagflation.

The oil shock completely changed many countries’ energy policies. The Korean government began growing its oil reserve. The Mapo Oil Storage Facility, which was closed in 2002, stored enough crude oil to supply the residents of Seoul for a month.

The U.S. government established the Department of Energy in August 1977. Japan created the Agency for Natural Resources and Energy around the time of the oil shock, and in Tokyo, briquette heaters were very popular. France lowered its energy import rate from over 80 percent before the oil shock to 50 percent. Energy security made the cover of policy summaries of each country.

There are no conservatives or liberals in the face of energy security. The United States is a notable example. Advocating the expansion of renewable energy, the Obama administration announced in November 2015 that nuclear energy generation would play a key role in the clean energy policy of the United States in the future.

Korea is going the opposite way. The grim reality that Korea is a country that imports 99.5 percent of its energy from outside is ignored. A top prosecutor has left his job, claiming that politics dominates the prosecution. What’s worse is energy. The Moon Jae-in administration’s energy policy was swallowed by politics long ago. In the National Assembly’s regular audit of the Board of Audit and Inspection, it was found that a senior official from the Ministry of Trade, Industry and Energy, which oversees the government’s energy policies, erased 444 computer files on economic efficiency of the Wolsung-1 reactor to support the government’s nuclear phase-out policy. After the president spoke out, state energy security was thrown out.

Instead, an energy policy for our future generation has disappeared. President Moon proposed constructing a storage facility for used nuclear fuel. But the issue — which will certainly help lower his approval rating — has been dormant in the Blue House cabinet for over three years.