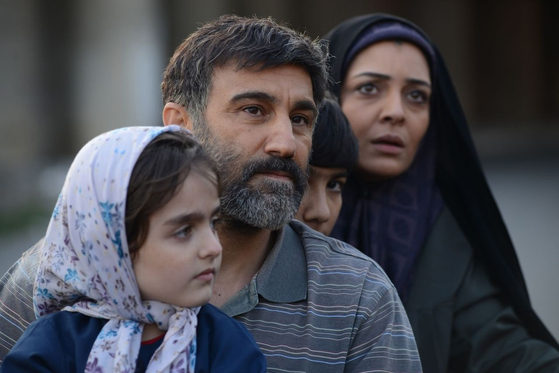 
In Islam, an unspoken taboo amongst respectable women is that they must not walk or take public transportation alone. If they do, they may be mistaken as prostitutes.

Iranian film “Killer Spider,” directed by Ebrahim Irajzad, is to be invited to screen at “A Window on Asian Cinema” at the 25th Busan International Festival, and captures in essence how a twisted religious belief and misogyny leads to a disaster.

When Saeed, an ordinary man in his 40s living with his wife and two children, hears that his wife Zahara was mistaken for a prostitute by a cab driver, he is furious. At first, he directs his rage at men for taking advantage of a woman who was alone.

But realizing that he is powerless against them, his bitterness turns toward the women working as prostitutes. Saeed, who is deeply religious, soon comes to believe that killing these women will “clean the city’s streets for families,” and goes on to murder 16 women by luring them into his home.

What Saeed fails to realize from the tales of his would-be victims, or refuses to listen to, as he takes them to his home, is the unfair and harsh reality these women face — many are victims of rape and human trafficking and are the sole breadwinners for their families, simply trying to feed their hungry children.

It is not the women who are evil, but the social system which drove them to the dark streets and prevented them from coming into light. However, even after Saeed is caught, he detachedly explains how he kills each of his victims and shows no remorse. He goes to prison firmly believing that he “did not kill humans,” and what’s worse is that there are supporters who have the same views as he does.

The overall atmosphere of the film is subdued, and there’s no notable climax scene as the killer does not feel guilty for his crimes.

Tragically based on a true story, director Irajzad heard the news of this serial killer when he was 19 in his hometown of Mashhad, Iran, and wanted to turn it into a film ever since.

Saeed relates to his killings as “taking out one or two fish from the tank” in which no one would notice and emphasizes that it’s “important to not pollute the water.” What he fails to see is that it's not the fish that are polluting the water but the filthy hands reaching into the tank.