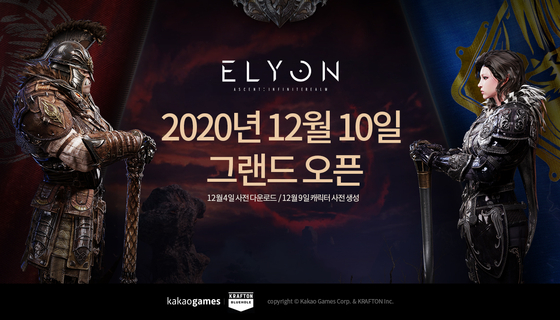 Developed by Krafton and distributed by Kakao Games, Elyon is a role-playing game that focuses on dynamic combat between two realms, Vulpin and Ontari.

The date has been finally set after months of revamps following beta tests.

According to Kakao Games, “The name Elyon is meant to evoke the adventure of exploring a new world.” It is also the name of the portals that players will be fighting over.

The premium package is priced at 29,700 won ($26), while a special package costs 69,300 won. Both packages will provide special items. The basic package costs 9,900 won. Players can join in advance on Nov. 9 to create their nicknames and characters.