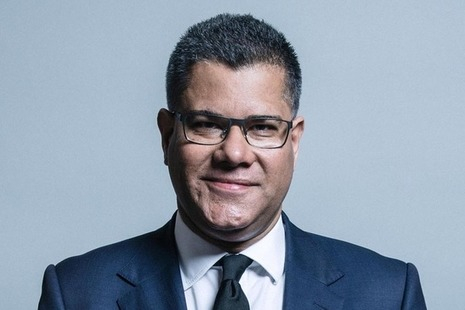 The author is president-designate of COP26 and Secretary of State for Business, Energy and Industrial Strategy (BEIS) of Britain.

Next week we mark one year to go until the COP26 international climate summit, which will be hosted in Britain. This will be a pivotal moment for the world to come together and agree on ambitious steps to prevent the catastrophic warming of our planet.

Korea has a key role to play in these talks, and I was delighted to be in Seoul this week to speak to ministers and leading thinkers on how we address climate change.

This is an issue of crucial significance not just as we navigate the current global pandemic, but for the years and decades ahead.

Because while the world has been dealing with the coronavirus, the dangers of global warming have continued to become more evident. Just this year, we have seen unprecedented heatwaves in Siberia, flash floods across East Africa and vast areas of the Western United States ravaged by wildfires. Korea has experienced numerous typhoons and the longest monsoon season on record.

As President Moon Jae-in has said, the pandemic has reaffirmed the urgency of responding.

And as countries continue to manage the impact, they also face an important choice. Whether to invest in building back greener economies, or locking in polluting emissions for decades to come.

As incoming president of COP26, I am encouraged by what I have seen so far of governments and businesses rallying behind the goal of reaching net zero by 2050.

Whether that’s President Xi Jinping announcing China will reach carbon neutrality before 2060, states like Michigan in the United States setting out plans to be carbon neutral by 2050, or more than 1,000 major companies stepping up and committing to net zero emissions by 2050.

According to the Climate Action Tracker, there are now 126 countries, together responsible for over half of global emissions, with similar carbon or climate neutrality announcements.

We have also seen encouraging commitments from Korea in the form of the Green New Deal — a ground-breaking initiative in Asia. I have also met with several Korean businesses this week such as Hyundai, whose Fuel Cell Electric Vehicles are showing us the way towards a low carbon future.

As COP26 Presidency, Britain wants to see Korea build on the Green New Deal, by accelerating its transition to a low-carbon economy through a commitment to net zero greenhouse gas emissions by 2050. We also hope to see the announcement of more ambitious Nationally Determined Contribution (NDC) for Korea prior to COP26.

World leaders have made a really positive start, but now there is more to be done. Tackling and adapting to climate change cannot wait.

On Dec. 12, Britain will cohost a Climate Ambition Summit with the United Nations and France, and in partnership with Chile and Italy, to mark the fifth anniversary of the landmark Paris Agreement.

Every country subject to the Paris Agreement will be invited to the virtual event, which will focus on action to reduce emissions and build resilience to climate impacts, whether through adaptation or through climate finance.

So now, I am calling on all countries to bring their highest ambitions to the table, for what I hope will be a key moment for our planet.

As host of the P4G Summit in 2021, and with its powerful bridging role between nations at different levels of development, Korea can play a leading role in showing how countries can achieve and sustain prosperity not despite, but because of, a decision to embrace a cleaner approach.

Britain will use the time ahead of COP26 to raise ambition for climate action — and we hope our Korean friends will join us on this journey.