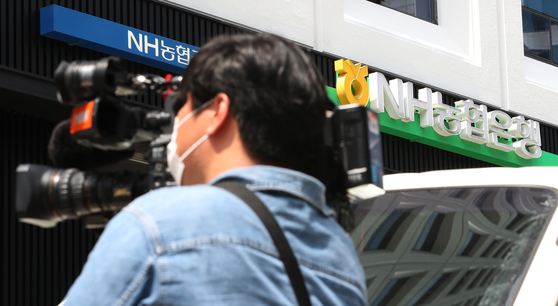 The group’s accumulated net profit for the third quarter was 1.36 trillion won ($1.2 billion), up 4.8 percent on year.

Nonghyup Financial Group's profit could have been higher, but the company paid into a mandatory support fund to help the agriculture industry. Without that, net profit would have reached 1.69 trillion won, the company said Thursday.

NH Investment & Securities' net profit for the third quarter alone was 239.6 billion won, the highest quarterly record ever for the brokerage firm. This was largely from a surge in brokerage fees. The accumulated third-quarter net profit from fees posted 731.5 billion won, up 63 percent from the same period last year.

However, the accumulated net profit for Nonghyup Bank dropped 6.4 percent to 1.12 trillion won.

NH Investment & Securities has been criticized for its part in the Optimus scandal that resulted in the freezing of some 90 billion won of investments. It was the largest seller of Optimus funds accounting for around 88 percent of funds sold.