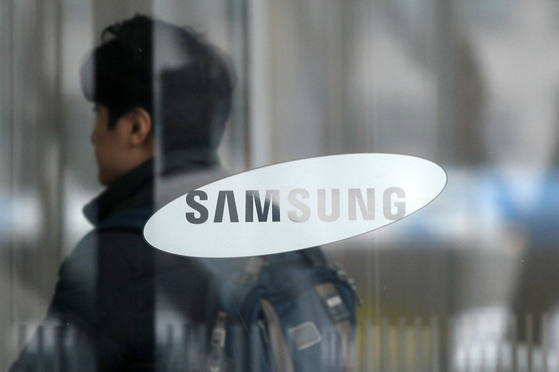 
Samsung Electronics reported its highest profit in two years in the third quarter as sales rebounded significantly across all businesses — semiconductors, smartphones and other consumer electronics — thanks to robust demand for electronic devices during the pandemic and the Trump administration's sanctions on rival Huawei.

The smartphone and network equipment divisions delivered particularly good results between July and September, reporting 4.45 trillion won ($3.92 billion) in operating profit, a 52.4 percent increase over a year earlier and the highest since the first quarter of 2014.

Samsung Electronics signed a 7.9-trillion-won deal to provide network equipment to U.S. telecommunications company Verizon in September, one of the largest orders ever signed by the tech company.

Huawei is the top producer of network equipment, but the U.S. government has ordered American companies not to use Huawei-produced gear due to security concerns. 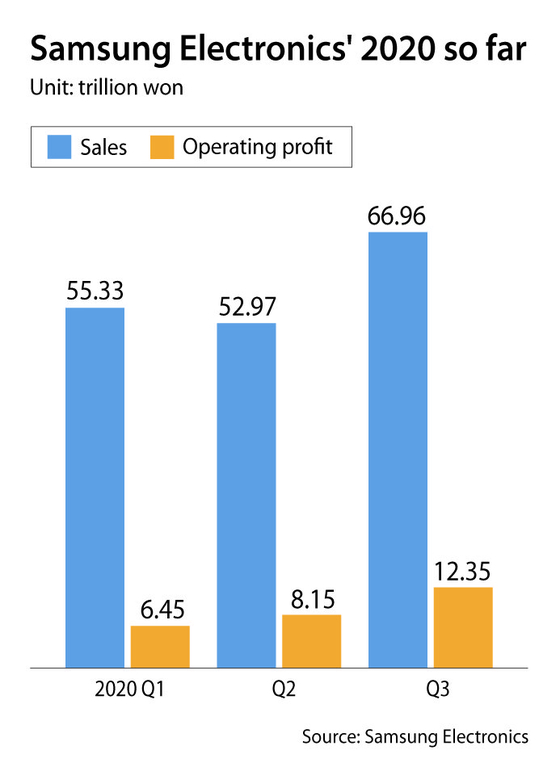 5G was one of the business areas prioritized by vice chairman and acting company leader Lee Jae-yong two years ago, along with artificial intelligence, bio pharmaceuticals and chips and electronic components for autonomous driving and electric vehicles.

The 12.35-trillion-won operating profit, which was in line with a preliminary report announced earlier this month, was a 58.8 percent increase over a year ago and the best earnings since the third quarter of 2018.

The chip business had a stellar performance, bringing in 5.54 trillion won in operating profit, up 81.6 percent over a year earlier. The company reported higher demand for memory chips, the key driver of profit, and non-memory products such as processors and image sensors for outside customers.

“The System LSI Business also saw profit rising due to demand for mobile phone components, while the foundry business benefited from increased orders for high-performance computing [HPC] chips and other applications,” it said.

Looking ahead, demand for server dynamic random-access memory (DRAM) chips is expected to remain weak in the fourth quarter, while that for mobile DRAMs will be solid.

The consumer electronics division saw a 183.6 percent jump in operating profit as people stuck at home during the pandemic shelled out on high-end televisions, projectors and other home appliances, spending that was suppressed during the early pandemic period.

Samsung said the pandemic continued to pose challenges down the road.

The company invested 8.4 trillion won in the third quarter, of which 6.6 trillion won went towards semiconductors.

“This year’s capital expenditures on the memory business will exceed last year’s due to migrations to advanced process nodes and capacity expansion to address future demand,” it said.

“Annual investment in the foundry business is also expected to increase as the company expands production capacity, including the 5-nanometer extreme ultraviolet [EUV] lithography facility.”