"The Emissary" meets "The Curious Incident of the Dog in the Nighttime" in this poignant and triumphant story about how love, friendship and persistence can change a life forever. This story is, in short, about a monster meeting another monster. One of the monsters is me. 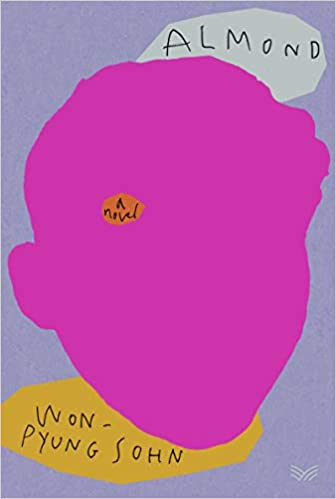 
Yunjae was born with a brain condition called alexithymia that makes it hard for him to feel emotions like fear or anger. He does not have friends—the two almond-shaped neurons located deep in his brain have seen to that—but his devoted mother and grandmother provide him with a safe and content life. Their little home above his mother’s used bookstore is decorated with colorful Post-it notes that remind him when to smile, when to say "thank you" and when to laugh.

Then on Christmas Eve—Yunjae’s 16th birthday—everything changes. A shocking act of random violence shatters his world, leaving him alone and on his own. Struggling to cope with his loss, Yunjae retreats into silent isolation, until troubled teenager Gon arrives at his school, and they develop a surprising bond.

As Yunjae begins to open his life to new people—including a girl at school—something slowly changes inside him. And when Gon suddenly finds his life at risk, Yunjae will have the chance to step outside of every comfort zone he has created to perhaps become the hero he never thought he would be.

Readers of "Wonder" by R.J. Palacio and "Ginny Moon" by Benjamin Ludwig will appreciate this "resonant" story that "gives Yunjae the courage to claim an entirely different story." (Booklist, starred review)


The Tyranny of Merit: What's Become of the Common Good?

The world-renowned philosopher and author of the bestselling "Justice: What's the Right Thing to Do?" explores the central question of our time: What has become of the common good? 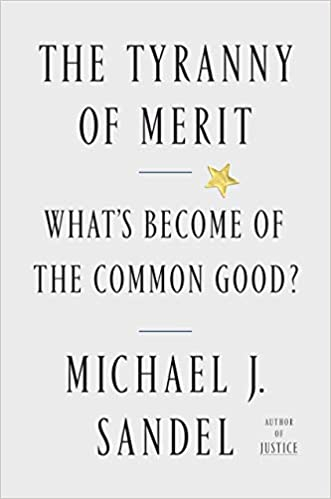 
These are dangerous times for democracy. We live in an age of winners and losers, where the odds are stacked in favor of the already fortunate. Stalled social mobility and entrenched inequality give the lie to the American credo that "you can make it if you try". The consequence is a brew of anger and frustration that has fueled populist protest and extreme polarization, and led to deep distrust of both government and our fellow citizens—leaving us morally unprepared to face the profound challenges of our time.

World-renowned philosopher Michael J. Sandel argues that to overcome the crises that are upending our world, we must rethink the attitudes toward success and failure that have accompanied globalization and rising inequality. Sandel shows the hubris that a meritocracy generates among the winners and the harsh judgement it imposes on those left behind, and traces the dire consequences across a wide swath of American life. He offers an alternative way of thinking about success—more attentive to the role of luck in human affairs, more conducive to an ethic of humility and solidarity and more affirming of the dignity of work. "The Tyranny of Merit" points us toward a hopeful vision of a new politics of the common good.


No Rules Rules: Netflix and the Culture of Reinvention

Netflix cofounder Reed Hastings reveals for the first time the unorthodox culture behind one of the world's most innovative, imaginative and successful companies. 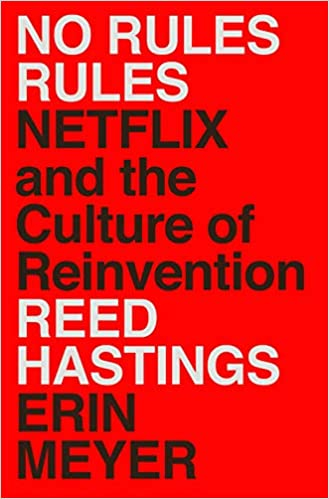 
There has never before been a company like Netflix. It has led nothing short of a revolution in the entertainment industries, generating billions of dollars in annual revenue while capturing the imaginations of hundreds of millions of people in over 190 countries. But to reach these great heights, Netflix, which launched in 1998 as an online DVD rental service, has had to reinvent itself over and over again. This type of unprecedented flexibility would have been impossible without the counterintuitive and radical management principles that cofounder Reed Hastings established from the very beginning. Hastings rejected the conventional wisdom under which other companies operate and defied tradition to instead build a culture focused on freedom and responsibility, one that has allowed Netflix to adapt and innovate as the needs of its members and the world have simultaneously transformed.

Hastings set new standards, valuing people over process, emphasizing innovation over efficiency and giving employees context, not controls. At Netflix, there are no vacation or expense policies. At Netflix, adequate performance gets a generous severance, and hard work is irrel­evant. At Netflix, you don’t try to please your boss; you give candid feedback instead. At Netflix, employees don’t need approval, and the company pays top of market. When Hastings and his team first devised these unorthodox principles, the implications were unknown and untested. But in just a short period, their methods led to unparalleled speed and boldness, as Netflix quickly became one of the most loved brands in the world.

Here for the first time, Hastings and Erin Meyer, bestselling author of "The Culture Map" and one of the world’s most influential business thinkers, dive deep into the controversial ideologies at the heart of the Netflix psyche, which have generated results that are the envy of the business world. Drawing on hundreds of interviews with current and past Netflix employees from around the globe and never-before-told stories of trial and error from Hastings’s own career, "No Rules Rules" is the fascinating and untold account of the philosophy behind one of the world’s most innovative, imaginative and successful companies.

Narrative and Numbers: The Value of Stories in Business 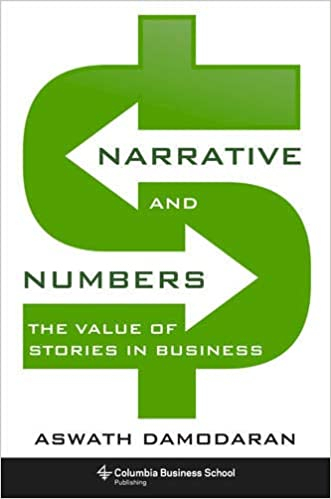 
How can a company that has never turned a profit have a multibillion-dollar valuation? Why do some start-ups attract large investments while others do not? Aswath Damodaran, finance professor and experienced investor, argues that the power of story drives corporate value, adding substance to numbers and persuading even cautious investors to take risks. In business, there are the storytellers who spin compelling narratives and the number-crunchers who construct meaningful models and accounts. Both are essential to success, but only by combining the two, Damodaran argues, can a business deliver and sustain value.

Through a range of case studies, "Narrative and Numbers" describes how storytellers can better incorporate and narrate numbers and how number-crunchers can calculate more imaginative models that withstand scrutiny. Damodaran considers Uber's debut and how narrative is key to understanding different valuations. He investigates why Twitter and Facebook were valued in the billions of dollars at their public offerings, and why one, Twitter, has stagnated while the other, Facebook, has grown. Damodaran also looks at more established business models such as Apple and Amazon to demonstrate how a company's history can both enrich and constrain its narrative. And through Vale, a global Brazil-based mining company, he shows the influence of external narrative, and how country, commodity and currency can shape a company's story. "Narrative and Numbers" reveals the benefits, challenges and pitfalls of weaving narratives around numbers and how one can best test a story's plausibility.

Narrative and Numbers: The Value of Stories in Business No Rules Rules: Netflix and the Culture of Reinvention The Tyranny of Merit: What's Become of the Common Good? Almond: A Novel Tongbang Books

Fair rules and culture bring out the best

Fair rules and culture bring out the best (KOR)