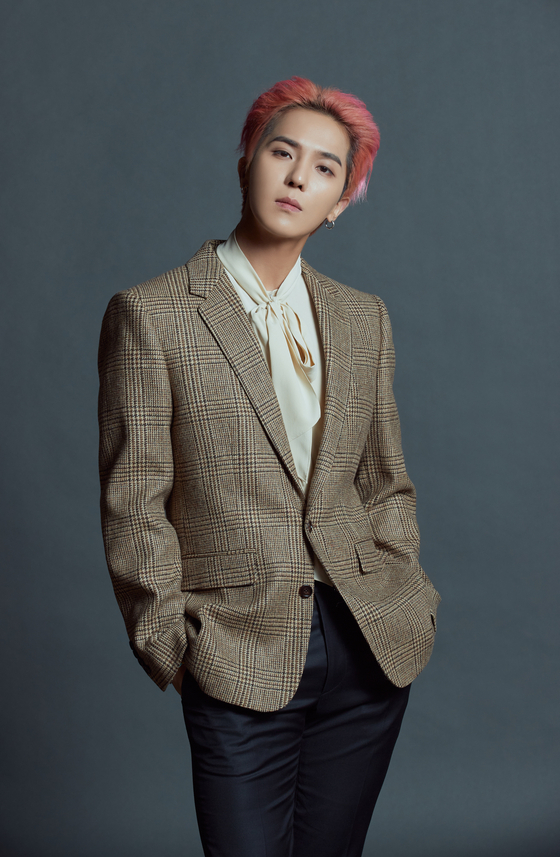 
Each track on rapper Mino's new full-length album "Take" is a scene from his world of music, and listening to all songs will allow listeners to paint a picture of who he is as a musician like never before, Mino said during an online press conference held on Friday afternoon, prior to the release of the album at 6 p.m.

"The title of the album 'Take' comes from film vocabulary, where people shoot the scenes and call them take one, take two and so on," he said. "Just as those takes come together to form a film, the 12 songs of the album are all important scenes that come together for the album. I named it 'Take' in hopes that the music will stay in people's minds for as long as a movie." 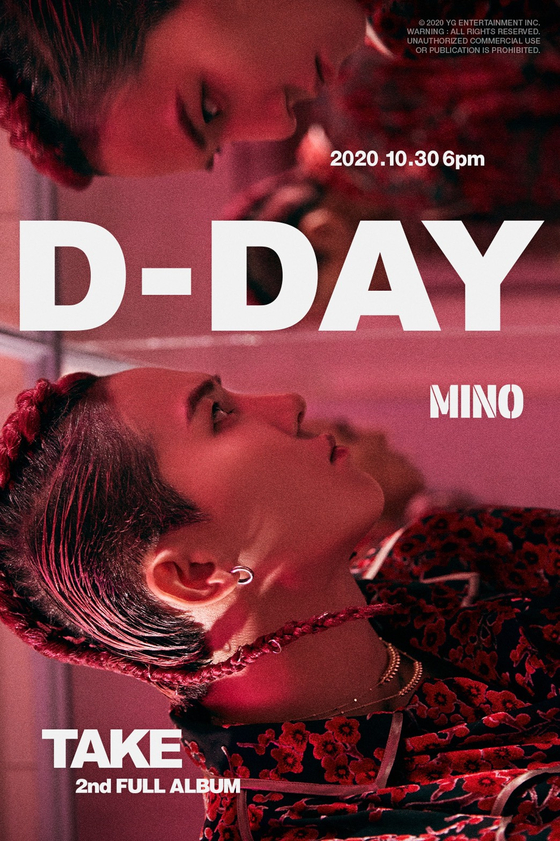 
Mino, member of boy band Winner whose real name is Song Min-ho, released his first solo album "XX" in 2018, flaunting his talent as a solo musician that went beyond a simple idol boy band rapper. Having written his last lead track "Fiance," he said that "Take" has more of himself than ever before, as all the 12 tracks were written and composed by him.

"I wanted to really show myself as a musician," he said. "I know that I have a lot of roles, like appearing on television. But at heart, I am a singer and a musician. I am very sincere when it comes to music, and this time I wanted to show all of who Song Min-ho is."


The album thus started with some 30 songs he had written over the years, and then he chose the ones that best fit the narrative of love that he wanted to depict with the album. Just like scenes of a movie that show different details, the songs of "Take" show the subtle emotions of love. Lead track "Run Away" is no exception.

"The song is quite ambivalent," said Mino. "The message 'Run Away' is said to my lover, but also to myself. The message is quite abstract and the music video shows that visually — which means it's quite abstract, too. I want people to pay attention to the details where the video expresses the indescribable emotions in fantasy-like imagery."

Outside of music, Mino has also been active as an artist. He had his work officially exhibited at the Seongnam Art Center Gallery 808 titled "Special Exhibition for Emerging Artists" last year and had them exhibited at London's Saatchi Gallery this month.

"Art and music are the two mediums that make up for the shortcomings of the inspiration that lacks inside of me," he said. "If there is something I want to express visually but I can't do so with music, then I do that. If there's something I can't fully express with art, I do it with the auditory senses. The two are complementary and they give me the power to keep going on with what I do."

Seven years after debut, Mino hopes that he gets to do what he has always been doing. Having work that's "iconic of Mino" and having people recognize his work without his label being on it is enough for him, he said.

"I have this fire inside of me that wants to keep learning and creating new things," he said. "I want to keep that fire going so that the artistic inspiration inside of me never runs out. I will keep looking at who I am inside and study what can be the good of Song Min-ho."