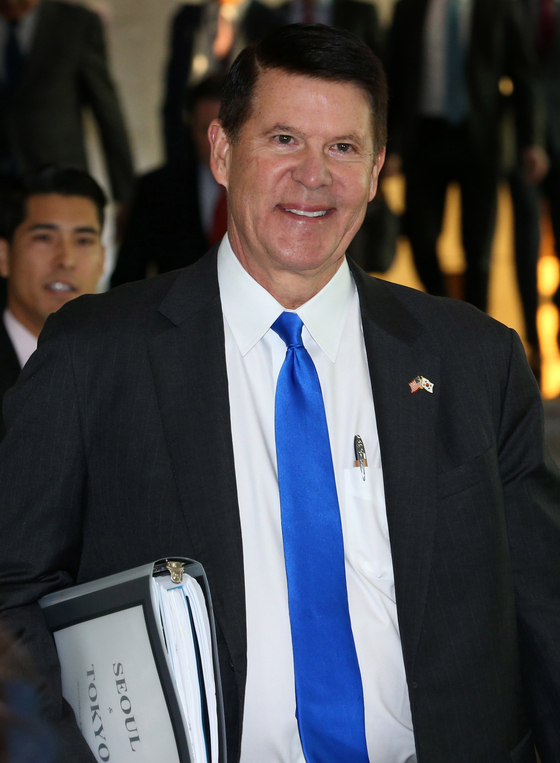 And yet Keith Krach, under secretary of state for economic growth, energy security and the environment, continued to cast doubts on the trustworthiness of the Chinese tech company during a press briefing on Friday.

“The way we would look at it is that we respect the country of [South] Korea, and we respect their decisions. At the end of the day, I think it’s all about trust,” Krach was quoted as saying by Voice of America.

The U.S. government has asked the Korean government to join its global effort to elbow out Huawei, taking an aim at LG U+, in particular. Huawei has supplied LG U+ with equipment for 4G LTE and 5G networks.

In the fifth ROK-U.S. Senior Economic Dialogue held last month, Krach pressed Korea to join the so-called Clean Network, an initiative aimed at keeping Chinese companies out of technological development in the United States and other countries.

Vice Foreign Minister Lee Tae-ho responded that more review is needed and that by law the government cannot intervene in the decisions of private companies.

The United States claims that more than 50 telecom companies from 40 nations joined the program, including SK Telecom and KT from Korea.

LG U+ reiterated that it doesn’t see any problem with Huawei’s handling of security, adding that it complies with an internationally-recognized security standard.

Despite mounting pressure, industry insiders say that eschewing Huawei-produced equipment altogether is practically impossible due to the costs involved.

Huawei denies any link with the Chinese Communist Party in managing or distributing data.