Robot revolution arriving with Dilly, Penny and an exoskeleton

Robot revolution arriving with Dilly, Penny and an exoskeleton 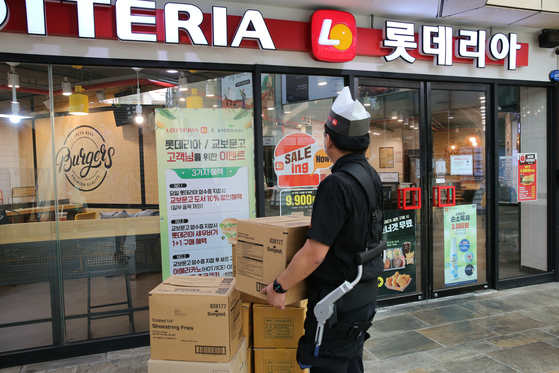 A Lotteria employee carries heavy boxes wearing a wearable robot that lightens the weight of the boxes. [LOTTE GRS]

They wouldn’t get a role in "I, Robot," but helpful machines—described by the companies using and offering them as robots—are quickly entering the restaurant business.

Lotte GRS, the operator of the burger chain Lotteria, has started the use of wearable robots at a Lotteria branch in Jamsil, southern Seoul.

Developed by ExoAtlet Asia, the wearable robot is designed to reduce a carrying load by 16 kilograms (35.3 pounds). Lotte GRS said the robot can help prevent back injury while workers are dropping off and carrying the heavy boxes from delivery trucks. 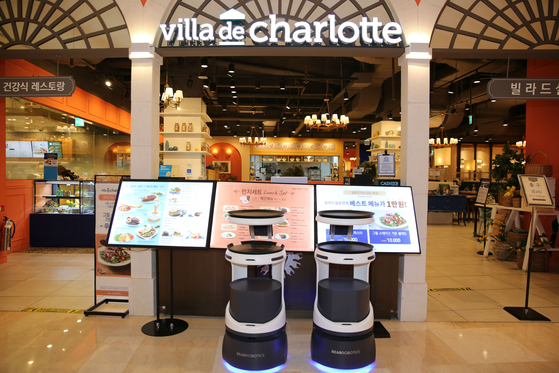 Wearable robots were first developed in the 1970s by General Electric and have been put to use since then in many industries.

“We will make our employees wear the robots and decide whether it actually works and is helpful in improving the work process,” said a spokesperson for Lotte GRS. 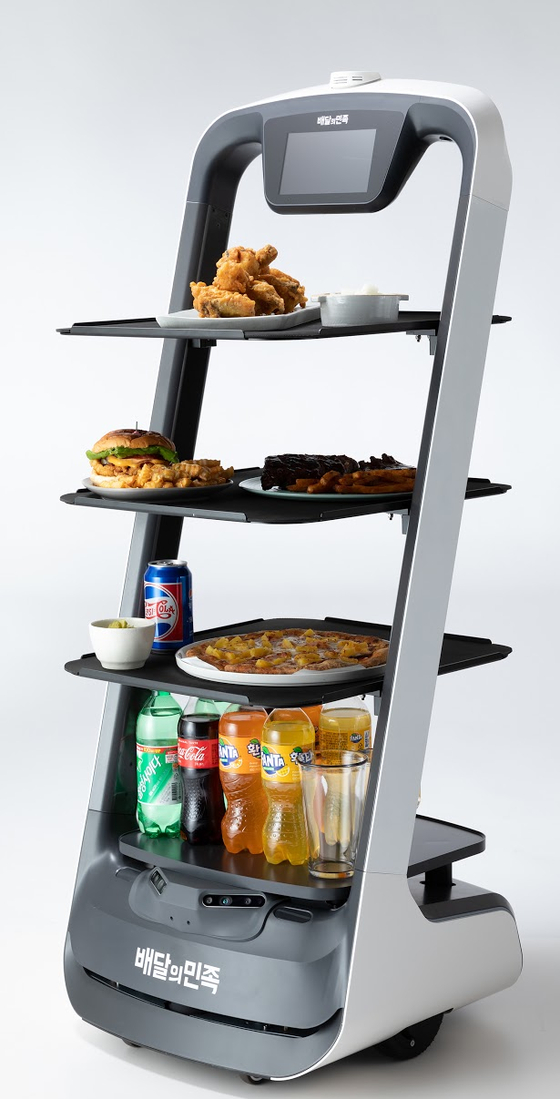 Woowa Brothers, operator of Baedal Minjok, announced Wednesday that it has rented out about 241 Dilly Plate robots to 186 restaurants across the country a year after first offering them.

Dilly comes with four shelves, which means it can serve four tables per trip. It can carry up to 50 kilograms at a time, and can move for 24 hours on a single charge. The robot uses a 3D camera and sensors to control movement and is capable of automatically stopping and avoiding obstacles and people.

“Our ultimate goal of the food-serving robot is making a working environment that allows business owners and employees to only concentrate on improving the quality of customer service,” said Kim Yo-seob, an executive of Woowa Brothers' robot business team.

Dilly Plate and Penny were developed in Redwood City, California by Bear Robotics.