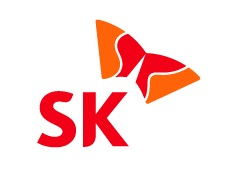 Eight SK Group affiliates will become the first group of Korean companies to join the Renewable Energy (RE) 100 global initiative to embrace renewable energy sources by 2050.

Launched by the British non-profit organization The Climate Group in 2014, the global initiative has 263 member companies including Google, Apple and General Motors. Entry to the RE100, as it is called for short, is granted based on “influence,” such as a company's global or national recognition or presence in multiple markets. It's also given to big power consumers that use more than 0.1 terawatt hours a year.

Upon joining, each company makes a pledge to realize a 100 percent renewable energy goal by 2050 and is obliged to come up with an execution plan within the first year of entry. The Climate Group makes annual updates on the members’ progress.

“We plan to increase the portion of renewable energy using various methods the government is preparing to implement,” SK Group said in a Sunday statement.

“That could be signing contracts to directly purchase renewable energy, or green pricing for which electricity is charged at a premium rate. Acquiring stock in renewable energy generation businesses is another option to receive credit for renewable energy consumption.”

According to SK, affiliates that do not submit applications to the RE100 will set internal goals of their own “on par with RE100 standards.” That refers to SK’s energy-related affiliates like SK Energy and SK Gas, which according to Climate Group standards need to go through a different, more rigorous screening procedure.

For Korea’s third-largest conglomerate by assets, the move is a big step in its drive to go green. In September, SK Group Chairman Chey Tae-won pledged to make the environment one of the group’s three focuses to drive future growth, along with greater social consciousness and more transparent governance.

“As international society, governments and companies strengthen environmental standards, adopting this initiative is a necessary task for Korean companies that have a heavy dependence on trade,” the company said.

The most radical shift is being felt in the auto industry where international carmakers — particularly those who sell in Europe — make efforts to match a list of eco-friendly regulations by the European Union. BMW and Volkswagen have already asked battery suppliers to meet RE100 standards. Earlier this year, the world’s largest asset management company, BlackRock, said it would pull investments from companies that cause environmental risks.

“We’re glad to be a Korean company taking part in this eco-friendly movement to reduce carbon emissions and resolve the global issue of climate change,” said Lee Hyung-hee, who heads the social value committee at SK Supex Council.

“We hope our decision can lay the grounds for the growth of the renewable energy market in Korea and in developing new businesses including energy solutions.”

SK, Vietnam to work together on eco-friendly business