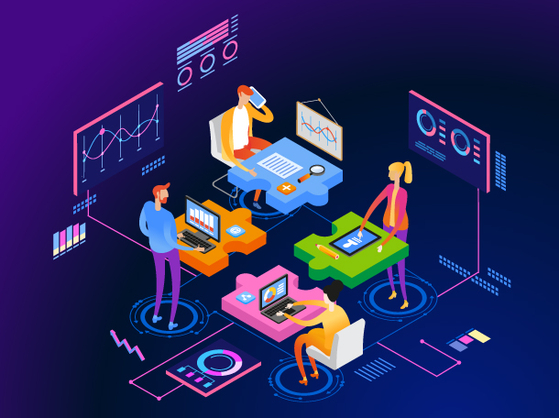 Children of the '90s and '00s in Korea came to terms with the idea that a “lifelong job” is an outdated fantasy at an early age.

As they continue to enter the workforce, this group is driving change in corporate culture and how employers perceive employees.

One survey conducted by job search website Job Korea in May found that nine out of 10 office workers had moved jobs at least once. The 1,397 respondents, whose work experience differed from three years to over 11 years, said that they had moved jobs an average of 3.1 times.

For employers, that raises a new question. In the past, the only group of people they had to satisfy was the customer. More companies and their human resource (HR) managers are now realizing the importance of satisfying their own employees — especially the younger, more demanding MZ generation.

“The biggest difficulty cited by senior executives in treating junior staff is that they just can’t understand the change — what was common sense for them over the past 30 to 40 years doesn’t work anymore,” said Lim Joo-young, an instructor at the Institute of Global Management (IGM).

“Junior employees are the only people in the organization that understand the digital-friendly customers that buy their product,” she added. “Transforming corporate culture in a way that suits their tastes and keeps them inside the company is now a matter of business survival.”

In 2016, KB Kookmin Bank assigned 15 employees to Kakao Bank — the financial arm under Korea’s second-largest IT firm, Kakao — to help out in the early stage of the business. KB Kookmin is Kakao Bank’s third-largest shareholder with a 10 percent stake. As promised, the staff were offered the chance to come back to KB last year, and all 15 chose to stay at Kakao.

In terms of material benefits, Kakao Bank shouldn't have a chance of competing with the country’s largest financial firm, yet it still managed to pull away all 15 employees. Kakao Bank employees are not under the same severe sales pressure as are employees at traditional banks. They work in a less authoritative environment where staff call each other by nicknames instead of official titles and are allowed to work flexible hours.

Essentially, the Kakao 15 chose the freedom of a modern company over the benefits and prestige of Korea's top banking group. And they're not the only ones.

In an August survey by job search website Saramin, 88 percent of 452 local firms said the MZ generation have different expectations compared to previous generations. Among the HR managers that gave a positive answer, 62 percent said prioritizing work-life balance was what separated junior employees from their predecessors.

In a bid to attract talented job seekers to a relatively new sector, IT companies and start-ups picked up on this demand far earlier than their more established chaebol rivals.

“It takes a lot of effort to attract a skilled workforce," said Lee Dong-gun, CEO of MyRealTrip, a mobile reservation app for transport, accommodation and tour programs. "Organizing an environment where they could enjoy themselves and produce a good outcome is a very important task for us."

“It’s about giving autonomy to the individual to find his or her balance. I think in the end, enjoying work is feeling that one is in control of work and life, instead of work dragging life,” Lee added.

Adopting remote working or flexible working hours is not an easy decision for larger companies. But still, there’s been an increasing effort to increase flexibility in office hours, especially after the 52-hour work week was introduced in 2018 and the recent Covid-19 pandemic.

“In the early 2010s, there were hobby classes reserved for staff like yoga or meditation,” said an HR manager working at a conglomerate firm. “Nowadays, there’s a bigger focus on making sure that employees take charge of their life outside of office hours.”

Some companies have also tried investing heavily in their office space and welfare policies. One industry where welfare competition is especially high is gaming.

In the gaming industry, notorious for its long office hours, employers started offering services like childcare facilities and gyms long before they started to appear in more traditional industries. 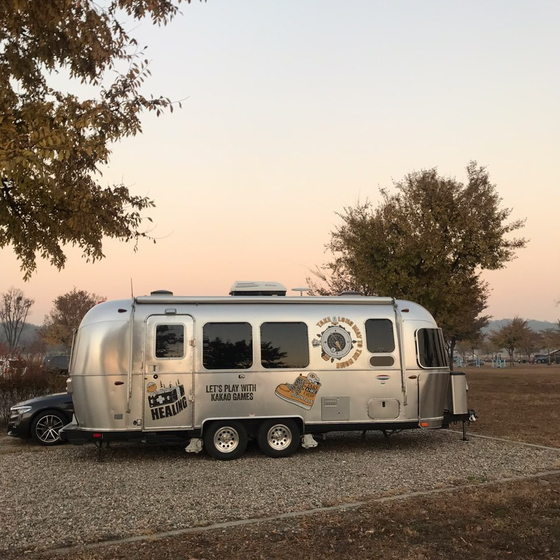 Kakao Games made headlines in June after its CEO appeared on a television show and introduced the company’s welfare program and facilities: Its office is equipped with a comic book library and a mini convenience store with free beer on tap and unlimited ramyeon. The company has caravans that employees can borrow for free on the weekend, and the last Friday of every month is a designated day off.

NCSoft, located near Kakao Games in Pangyo Techno Valley in Gyeonggi, even has its own medical center for employees.

The facility has a certified doctor, employed by NCSoft, and a suite of medical equipment. The company also has a fitness center that can accommodate up to 250 people and a spa with personal shower booths and a sauna that can hold up to 40 people at once.

Pearl Abyss, a game developer known for its titular game, in June introduced a range of unusual welfare benefits for unmarried employees, including support for pet insurance fees for up to three animals and a program where the company will pay for employees to have their house professionally cleaned once a month. 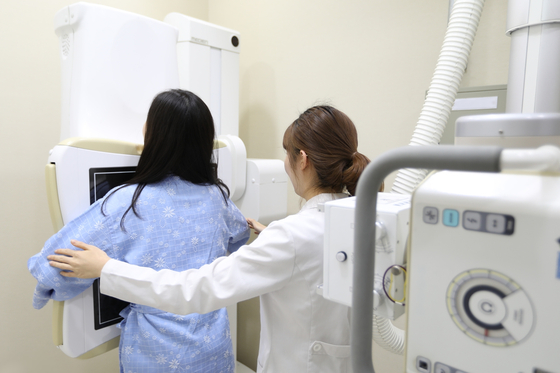 An NCSoft employee takes an X-ray at the company's medical center. [NCSOFT]

One reason gaming companies are inclined to be more attentive to staff welfare is because having high-quality developers is directly linked to their product quality.

“The thing about games is that from start to end, it’s all about the people that develop it,” said an NCSoft spokesman. “For game companies, losing the workforce can be an issue so if the company can keep these people for a longer period by offering better welfare, that’s a win.”

According to their 2019 business reports, the average years of employment of gaming company staff in Korea was around 4 years. One reason behind this is because a lot of skilled game developers are work project-based roles, rather than staying at one fixed company.

From late May to July, telecommunications company LG U+ hosted a series of mentoring sessions where senior executives sat down with employees that had joined in the last year. Mentors chose the meeting’s location and theme, while mentees asked for advice on certain issues.

What was unusual about this initiative, however, was that the new employees were the mentors and the senior executives were the mentees, each of them the head of a business unit, like service development or strategy. Even LG U+ Vice Chairman Ha Hyun-hwoi attended as one of the mentees. After the program was over, mentors and mentees got together to share details of their discussions.

This program, named “reverse mentoring,” was first launched last year and was held for the second time this year thanks to positive feedback from everybody involved.

“Among our 10,700 employees, 60 percent were born after 1980 and 21 percent were born in the 1990s,” the company said. “The MZ generation’s proportion in our workforce is rapidly increasing. The program was first organized to facilitate communication between management and our staff, as well as creating an occasion to learn more about our MZ generation customers.”

Horizontal organizations have now become a common initiative in local conglomerates, traditionally rigidly vertical in their approach to everything. The catchphrase has been appearing in CEO messages from the likes of Hyundai Motor Group Chairman Euisun Chung and SK Group Chairman Chey Tae-won.

One common approach that’s appeared among local conglomerates in the past few years is the change in organizational ranks and the titles employees call each other. In Korea, companies traditionally have at least five ranks of managerial positions and employees are called by the rank’s title, instead of their names.

Last year, Hyundai Motor Group reduced its categorization from six to four. In a similar move, LG Group simplified its HR ranks from five to three in 2017. Several affiliates like LG U+ and LG Innotek have started using real names instead of titles.

“The biggest advantage of referring to each other by name is when meeting with people from other teams for the first time,” said a junior employee at LG U+.

“When I raise issues to senior managers, I feel the power balance is different. When you call someone senior by a title that creates a presumption that he or she is experienced and knows more. In reverse, that also gives me a sense of responsibility. When it comes to my work, I’m just as much as in charge as the seniors are, regardless of my years of service."

Choe In-young, CEO of INC Business Consulting, says the 21st century is no time for corporate leaders to act like kings.

“Imperial leaders will eventually lose ground in organizations led by the MZ generation,” she said.

“This generation doesn’t respect leaders that treat them like servants or expect unquestioned obedience. The more skilled and talented they are, the more MZ generation staff want to work with seniors that respect their opinions.”

A rapid shift to working from home (KOR)