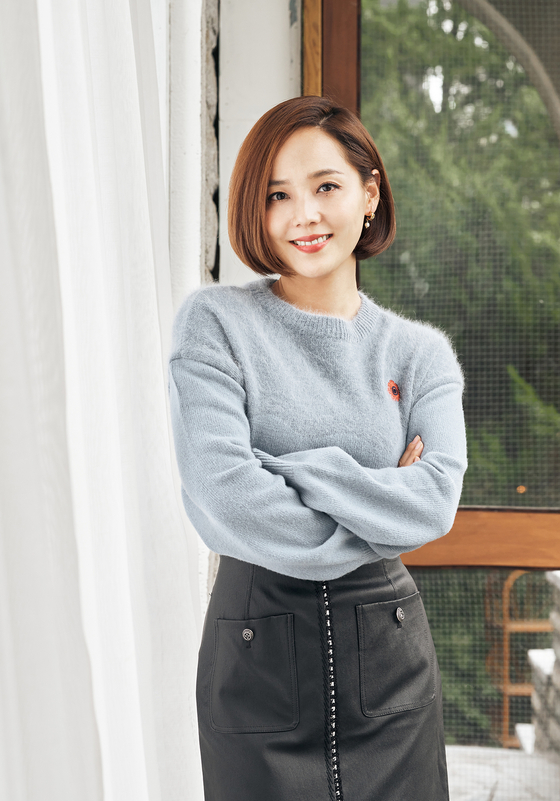 Eugene of former girl group S.E.S. is back in the actor's seat after 11 years with film "Paper Flower." [ROD PICTURES]


Pop star Eugene, famous for her time as a member of girl group S.E.S. in the 1990s when idol group culture first started to expand, continues to build a name in the entertainment scene, but now as an actor.

She's back in the actor's seat after 11 years, with the film “Paper Flower” released on Oct. 22.

In the movie, which won the Platinum Remi Award at the 53rd edition of the WorldFest-Houston International Film Festival, as well as Best Actor Award for actor Ahn Sung-ki, Eugene plays a character called Eun-suk who has a daughter. The mother and daughter move into a new home and become the neighbors of a father and son. Actor Ahn plays the father who begins to find hope again after meeting his new neighbors.

The character of Eun-suk buries her past deep in her heart and spends her days trying to make a living. Her previous work on the big screen was in 2009 with “Yoga School” and on the smaller screen in 2015 with KBS drama “All About My Mom.” Since her last role, she's been focusing on taking care of her children and family, but her thirst for acting has not been quenched. 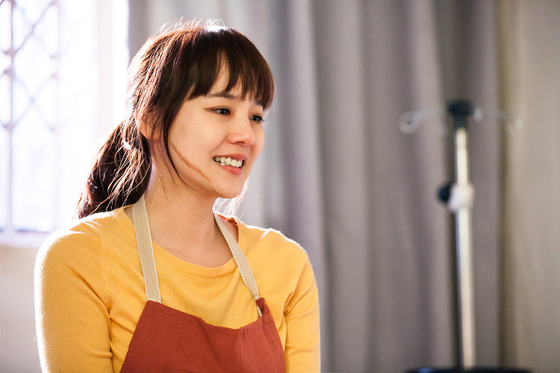 Eugene plays a role of Eun-suk in the film. [ROD PICTURES]


“I wanted to play even just a small role,” said Eugene during an interview with Ilgan Sports, an affiliate of the Korea JoongAng Daily. She continued to share what it was like to be acting again. The following are edited excerpts.


What did it feel like to be in a movie after 11 years?
It feels so surreal. Time always seems to pass so fast. It was nice to get an offer to take part in a movie as it’s been a long time. I liked it more after I finished reading the script. The story is centered on a heavy subject, but the script seems to depict such a heavy story in a light and beautiful way. It contains the story we all have to face which we all want to avoid, and I like that the movie makes that encounter pleasant. Most of all, I just had to say yes because actor Ahn Sung-ki is in the movie. I thought it was such a good opportunity.


What was it to be back on a movie set?
I think the ambience is different depending on the movie. Our set had great chemistry. There was no loud yelling at all during the filming. Veteran actor Ahn was the one with the most experience and power but he never acted intimidating. It felt like he really is my close, fellow actor. I became to respect him so much the more I worked with him. The film was made with a small budget but it felt like we had everything in full. The snack cars even kept on coming. I felt that there are a lot of people that cared for us.


How was it to play the role of mother ?
Even before I gave birth, I played the role of a mother multiple times. Of course I really did my best back then, but I didn’t know all the emotions mothers could have. Now that I know what it feels like to be a mother, it got much easier and nicer. As I can feel the character more, I think I can deliver what I feel even better [to the audience].

You have lived a rather glamorous life as the member of a K-pop girl group. Wasn’t it difficult to portray someone who has really hit rock bottom?
An actor can never experience all the different lives they are supposed to portray. It’s not that I have never experienced what it is like to be poor. I had some difficult times when I was younger, although it wasn’t anything like being exposed to domestic violence, like the character I was supposed to play in the movie. But as a mother, I understand the idea that you can’t let go of the will to live a life, whatever situation you are in, and in that sense, I get my character Eun-suk.


You have started your second chapter in the entertainment scene as an actor and an emcee after your time as a member of idol group S.E.S. Is there anything you regret?
There are two things. I wish I had been greedier to play more characters when I was younger. I don’t think I have done many and I am 40 in Korean age. There must be many roles that I so wanted to do yet were difficult for directors or producers who cast me no matter how well I thought I could do. Another thing has to do with me working as a singer. I did work in Japan as well, but it is very different to what idols stars do all across the world. To speak very frankly, I wonder what it would have been like to be part of the present scene. I’m envious and wish I could have done more.


What expectations did you have for the movie?
I obviously didn’t expect it to gather so many audience members in the theater due to the pandemic. However, I want the audience to think more about death as they watch the movie. That’s something everyone has to face one day. The death itself might be dark, but it depends on how you talk about it; the story of death can be something hopeful and warm. I wish our story can heal some souls out there.