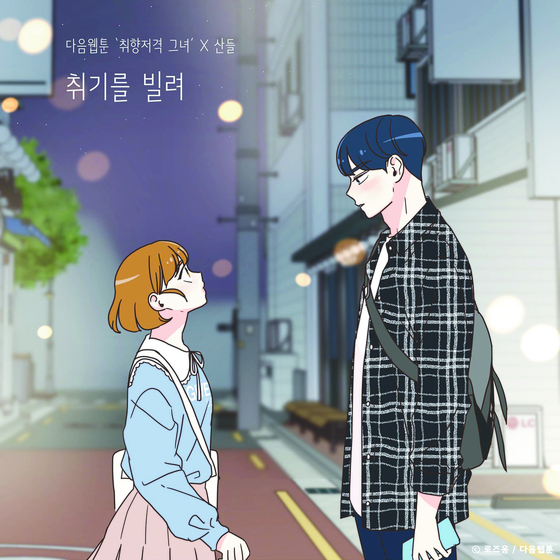 Boy band B1A4's Sandeul collaborated with hit Daum webtoon "She is My Type" and released "Slightly Tipsy" in July, which still remains in the top ranks of various music streaming charts. [TOON STUDIO]


The hidden winners of the music streaming charts this fall are the original soundtracks (OSTs) from the popular Daum webtoon “She is My Type,” by cartoonist Roseong. Started in April 2018, the accumulated views number up to 220 million, with reviews of 9.9 stars out of 10. The webtoon began to collaborate with K-pop artists to release eight OSTs from July, all of which shot straight to the top of the music charts.

Although it’s been almost three months since songs such as Boy band B1A4’s Sandeul’s “Slightly Tipsy” or Super Junior Kyuhyun’s “The Moment My Heart Flinched” were released, they still remain within the top 10 rankings of most popular songs on the charts. The last OST, “Minimal Warm,” sung by EXO’s Chanyeol — who coincidentally has the same name as the male protagonist of the story — was released on Sunday.

The main reason why “She is My Type” was able to recruit such a star-studded line-up of K-pop artists for its OST is because of the establishment of a professional production company, Toon Studio.

Unlike television drama series, in which songs from their soundtracks are released in line with the airing of weekly episodes, the webtoon industry is “more flexible in release dates and we're more open to the choices of artists," according to the executive producer of Toon Studio, Yoon Ye-seul.

“We cast K-pop group members with exceptional vocal skills and who have a tight fandom amongst people aged in their 20s who are also the main consumers of webtoons,” Yoon explained. “We also created a lot of content, such as having the artists live-record the songs and upload them on social media, which I think led to a good result.”

Collaborations between webtoon series and musicians are nothing new and first began with another Naver webtoon “Song of the Cloud” by cartoonist Horang and indie band Eung Flower’s “Remember Today.” However, it’s been mostly indie musicians that the cartoonists were friendly with.

As famous musicians began to feature on webtoon soundtracks, such as singer Lee Seung-chul’s “I Will Give You All” and rapper BewhY’s “Newly” in Daum webtoons “The Legendary Moonlight Sculptor” and “Itaewon Class,” readers began streaming them on relevant services. 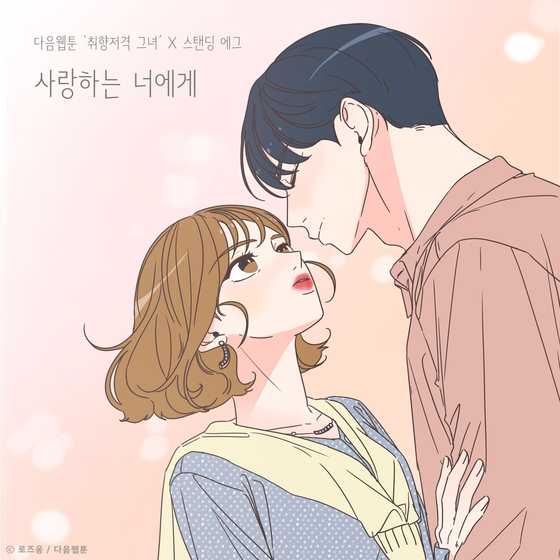 Musician Standing Egg collaborated with the "She is My Type" webtoon to release the song "Dear You" last month. [TOON STUDIO]

Another factor contributing to the success of webtoon OSTs is that production costs are relatively cheap as the Intellectual Property (IP) market is quickly advancing as the stories are reproduced as drama series and films.

“It's not only that OSTs are much easier to access than other secondary literary works, but I also think that they are a content that can be easily consumed in this untact era, such as social media,” Jung Hwan-seok, vice president of Daum Webtoon, said. “As for ‘She is My Type,’ there was also the fact that the webtoon already had a strong fandom because it’s been two years since the stories began to be uploaded. After analyzing the responses of the readers on social media, the work had the highest possibility [for success], and we are planning to continuously release new webtoon soundtracks in the future.”

In line with the success of OSTs, webtoons and artists are joining forces from the outset of the creative process.

The soundtrack for “Guide to Proper Romance” on Naver was customized in line with the flow of the story. After releasing its 90th episode last December, cartoonist Nam Soo took a break. In March, the 91st episode was released along with the song "99," a collaboration with artist Standing Egg. The pair are said to have exchanged the stories and the song demo.

Xia Junsu’s “I Don’t Want to Love” and Jukjae’s “Do you want to walk with me?” which were released in October and secured places in the Top 100 most popular songs on music charts, are theme songs for male protagonists Jae-hyun and Yoo-yeon in “Guide to Proper Romance.”

“If the overall atmosphere for ‘She is My Type’ is bright, the tone for ‘Guide to Proper Romance’ is more subdued, and has more ballads [to create] a wistful mood,” Yoon said. 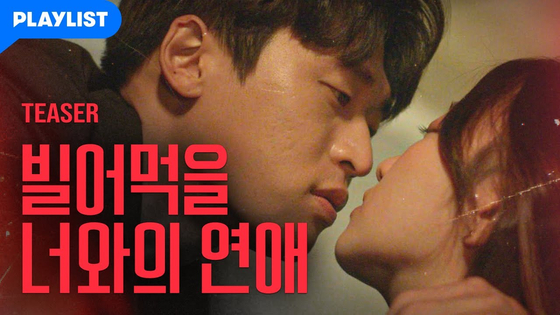 Musician Parkwon's "My Fuxxxxx Romance" was turned into a six-part web drama series by popular production company Playlist, which created other popular web drama series such as "Love Playlist" (2017-19) and "A-Teen" (2018). [PLAYLIST]


Web content can also be derived from musical inspiration. For instance, Parkwon’s latest album “My Fuxxxxx Romance” on Oct. 22 piqued the interest of the well-to-do production company Playlist, which is known for creating hit web drama series such as “Love Playlist” (2019-19) and “A-Teen” (2018). With the same title as the song, the company created a six-episode web drama series. 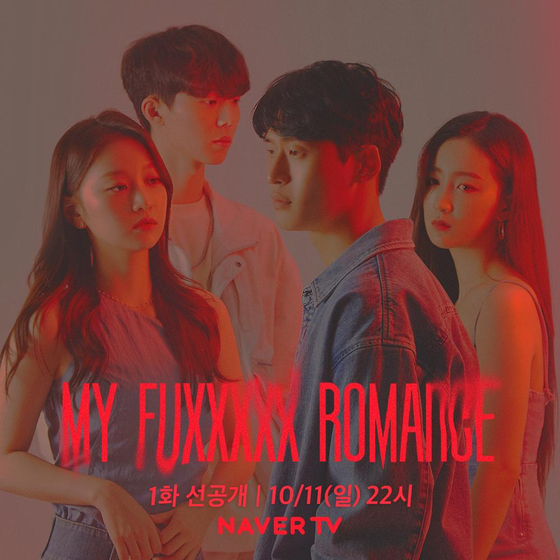 A poster for the web drama series "My Fuxxxxx Romance." [PLAYLIST]


"I think the song's lyrics which talk about a unique love story caught the attention of the production company," an insider of Parkwon’s agency, MakeUs Entertainment, said. “Since most of the work for the album was finished, the artist actively participated and gave various ideas for the script-writing process.”

IP-based business which are toppling the barriers of genres and content are to become even more active, experts say. Kakao TV, after releasing “Love Revolution” and "Amanza,” both based on Naver and Lezhin Comics, is now preparing to launch another web drama series “Myeoneuragi” from Nov. 21, based on a popular Instagram webtoon series.

“Drama series such as ‘What’s Wrong with Secretary Kim’ or ‘Touch Your Heart,’ which was adapted from web novels and webtoons to fit television screens, are becoming much more common,” Professor Park Ki-soo of the department of Digital Culture & Contents said. “As people become more familiar with multi-tasking through their [increasing] usage of smart phones, multiple services that optimize mobile content such as in music and audio books will be created.”