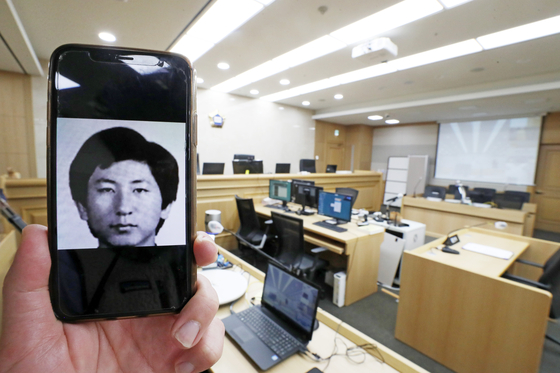 A high school picture of Lee Choon-jae, the convicted murderer who confessed to 14 murders throughout the 1980s and '90s, in the Suwon courtroom where he took the witness stand on Monday. [YONHAP]


Lee Choon-jae, the self-confessed serial killer in one of most twisted cold cases in Korean criminal history, took the stand Monday to give a bone-chilling account of the killing of 14 women and girls throughout the 1980s and '90s.

Clad in a blue-green prisoner’s jumpsuit, his short hair shot through with white, Lee sat for almost four hours on a witness stand in a courtroom in Suwon, Gyeonggi, to give a never-before-heard testimony about the killings, including those of 10 women and girls in Hwaseong, Gyeonggi, that terrorized the country between 1986 and 1991.

“I didn’t do them with any plan or forethought,” Lee said in a calm, clear tone. “I committed the crimes just as a moth chases a flame.”

The trial Lee was testifying at was not his own. It was the trial of Yoon Seong-yeo, a man who spent 20 years in prison for Lee's self-confessed murder of a 13-year-old girl in 1988.

Yoon confessed to the killing after police allegedly tortured him. He was the only person convicted for any of Lee's self-confessed murders, and the remaining 13 were cold cases for decades.

It was only in September 2019 when a new form of DNA analysis was used to trace genetic material found on several pieces of old evidence that police were led to Lee, who was serving a life sentence in the Busan Penitentiary for a 15th murder: the killing of his ex-wife’s sister in 1994.

After initially denying the murders, Lee confessed to his crimes over the course of subsequent weeks, providing details that only the killer could have known.

On Monday too, there was no hesitation in Lee’s voice as he told the court that he, not Yoon, was responsible for the 13-year-old’s murder, as well as those of 13 other women in Hwaseong, Suwon and Cheongju, North Chungcheong. He also confessed to raping women and girls in at least 34 cases in the same areas.

“It was a natural process,” Lee said, without a hint of remorse. “If I stopped myself? It would be rape, but when I continued, then it would be murder.”

As to the pain felt by the victims and their families, Lee said he never once gave a thought. “[After a crime] I sometimes felt regret [...] but such feelings were fleeting,” he added.

Though his confessions have been backed by DNA evidence, Lee cannot be charged with any of the murders because the statute of limitations has run out.

At the hearing Tuesday, Lee mocked the incompetence of the police investigation, which at the time was one of the biggest probes ever mounted in the history of Korean law enforcement.

“There was one occasion where I was brought to the police station after being searched, but I never was put on the list of suspects,” Lee said.

“There were multiple occasions in which I could have been caught, but I don’t understand [why I never was].”

Lee said he realized he had finally been caught when police last year visited the Busan Penitentiary, where he has lived as a model inmate — according to prison authorities — for the murder of his wife’s younger sister over two decades ago.

The convicted murderer did use the occasion Monday to express an apology to everyone affected by his crimes, though he did not mention the victims specifically. 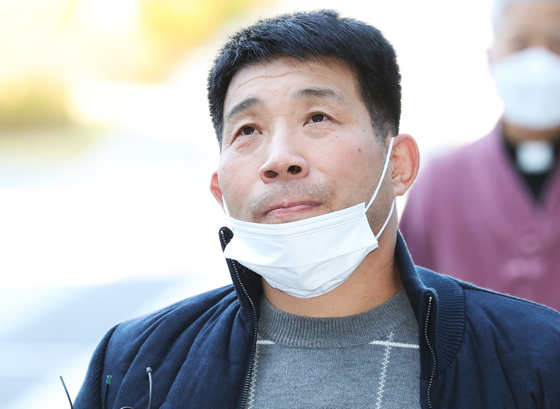 Yoon Seong-yeo, the man who spent 20 years in prison after being possibly falsely convicted of murdering a 13-year-old girl. The actual murderer, Lee, testified on behalf of Yoon's innocence at the plaintiff's retrial on Monday. [YONHAP]


Yoon, the only person who may be able to wrest some sense of justice out of Lee’s confessions, told reporters after Monday’s hearing he felt a complicated mixture of sentiments.

“There are parts I am not still not satisfied about, but I do want to thank him [Lee] for coming forward with the truth,” Yoon said.

Freed on parole in 2009, Yoon sought a new trial last November in order to clear his name. Police have already apologized for falsely charging him with murder, meaning the court is likely to ultimately exonerate him.

[TURNING 20] Beyond the evidence — how profilers help solve crimes