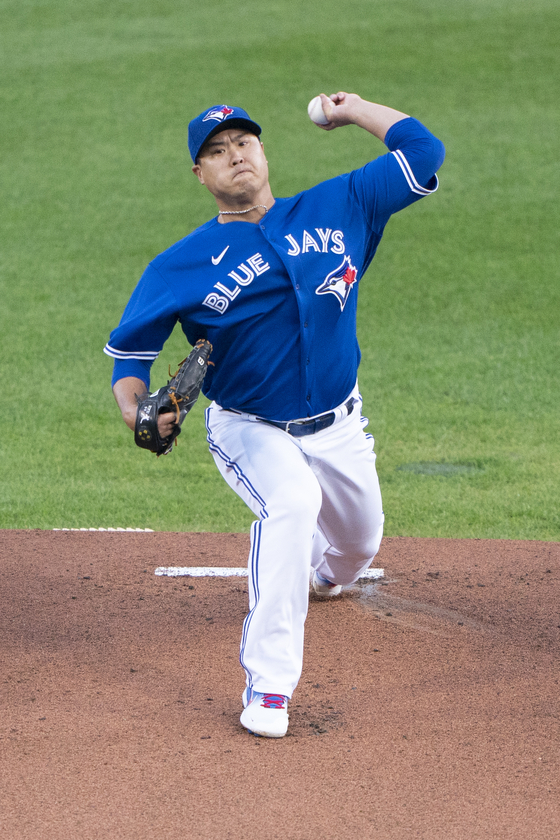 
For the second straight year, Ryu Hyun-jin of the Toronto Blue Jays has been nominated as a finalist for the Cy Young Award.

Ryu was nominated for the American League Cy Young Award on Monday, alongside Cleveland Indians’ Shane Bieber and Minnesota Twins’ Kenta Maeda. The winner will be announced on Nov. 11.

The Blue Jays finished the shortened 2020 season with a record of 32 wins and 29 losses, good enough to advance to the inaugural Wild Card Series. Although the Blue Jays lost the series to the Tampa Bay Rays, it was still an impressive season for the Canadian club, as they made it to the postseason for the first time since 2016.

Behind that success, Ryu’s performance definitely stood out. Prior to the 2020 season, the Blue Jays signed a big four-year contract with Ryu at $80 million and he certainly lived up to the high expectations.

Looking at the other candidates, Bieber seems like the favorite as he topped the American League standing with a 1.63 ERA, picking up eight wins and a loss throughout 77 and one-third innings.

Maeda finished fifth with a 2.70 ERA, picking up six wins and a loss throughout 66 and two-thirds innings.

Beyond the statistics, Ryu’s performance stood out both on and off the mound this season. Not only did he set a great example on the mound for the Blue Jays, but he also led the Blue Jays’ young pitchers with his six years of experience with the L.A. Dodgers.

Before Ryu joined the Blue Jays, he had quite a career with the Dodgers. In 2019, Ryu reached the peak of his career, picking up 14 wins and five losses with a 2.32 ERA. This allowed him to be nominated as one of the finalists for the National League’s Cy Young Award.

Although Ryu didn’t win the award, he did manage to become the first-ever Korean to earn a vote, finishing behind Jake DeGrom of the New York Mets.

Along with Ryu, the Blue Jays' manager Charlie Montoyo was nominated as one of the finalists for the Manager of the Year Award.

Montoyo will be competing for the award against Kevin Cash of the Tampa Bay Rays and Rick Renteria, formerly of the Chicago White Sox.

If Montoyo wins the award, he will become the first Puerto Rican ever to do so.