Bexco, Busan
Through Sunday: The ninth edition of Art Busan, which has emerged as a major art fair of Korea in recent years, kicked off yesterday. It had been postponed from the originally scheduled May because of the Covid-19 pandemic.


The organizers said the number of participants was reduced to 70 from last year’s 160 due to the pandemic. However, this year’s edition includes the world’s leading galleries such as the Salzburg-based Galerie Thaddaeus Ropac, the New York-based Lehmann Maupin and the Seoul-based Kukje Gallery, the organizers emphasized.


Other major galleries based in Seoul including Gallery Hyundai, Gana Art and PKM Gallery, and those based in Busan such as Johyun Gallery and Lee & Bae will also participate. 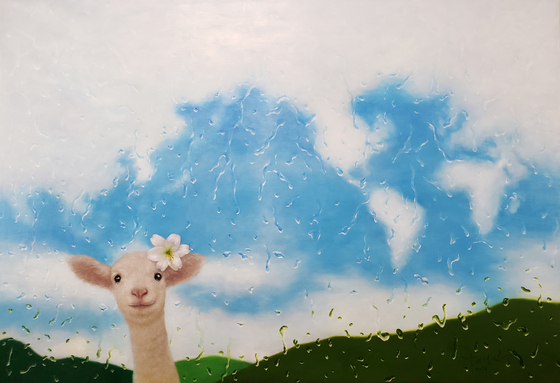 I Have A Dream, Gangnam District
Through Nov. 17: The U.S.-based Korean artist HeaKyoung Nam started her 14th solo show Thursday at a cafe in Gangnam, southern Seoul after holding the 13th exhibition at the Artifact gallery in New York last year. The new solo show with the theme “The Story of Rain and You” features 10 oil paintings and 30 pencil drawings including a pencil portrait of singer Kim Jae-hee, a former member of the famous rock band Boohwal.