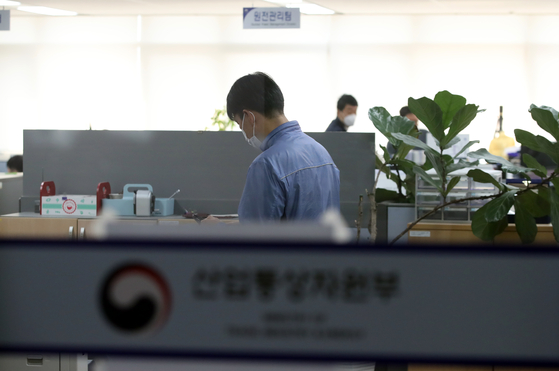 Prosecutors and investigators raid the Ministry of Trade, Industry and Energy in Sejong on Thursday. [YONHAP]


Prosecutors raided the Energy Ministry and Korea Hydro and Nuclear Power (KHNP) to see whether they falsified data to justify the early closing of the country’s second-oldest nuclear reactor.

Tens of prosecutors and investigators from the Daejeon District Prosecutors’ Office were dispatched to the Ministry of Trade, Industry and Energy in the Government Complex in Sejong to confiscate data used in the decision to shut down the Wolsong 1 Nuclear Reactor in 2019, three years ahead of its scheduled closure. The raids took place in several departments of the ministry, which oversaw the process in 2017 and 2018. 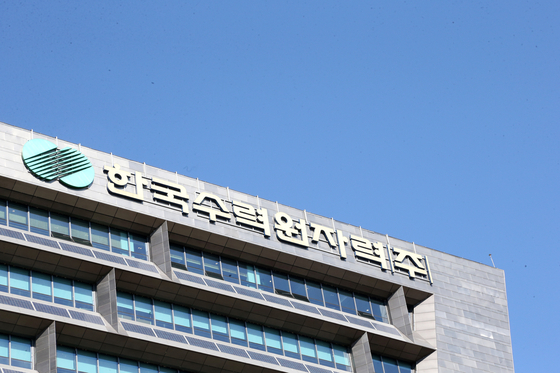 
The raids took place following the Board of Audit and Inspection (BAI)’s announcement Oct. 20 that the KHNP decided in 2018 to shut down the reactor due to a faulty assessment that deliberately underestimated the economic advantage of keeping it going.

The BAI said employees of the ministry had deleted at least 444 records to obstruct its audit. It said it faced unprecedented resistance to its one-year audit.

The BAI formally asked for a criminal investigation on Oct. 28.

The Wolsong I reactor stopped operating in 2012 after its original 30-year lifespan ended. In 2015, the Park Geun-hye administration decided to spend 700 billion won ($616 million) to extend its life through November 2022. The reactor subsequently resumed operating.

In June 2018, the KHNP abruptly reversed the plan, prompting speculation from opposition politicians of a political decision to accommodate President Moon Jae-in’s nuclear phaseout policy. The government permanently shut the reactor on Dec. 24, 2019.

According to the BAI’s audit, Baek, President Moon’s first minister of trade, industry and energy, decided on April 4, 2018, that the reactor would be shut down earlier than its scheduled closure in 2022. Other ministry officials followed Baek’s plan and stopped the KHNP from considering any other options and influenced its economic efficiency assessment, the auditor said.

Last week, BAI Chairman Choe Jae-hyeong told the National Assembly that Chae Bee-bong, who served as presidential secretary for industrial policy, played a key role in pressuring the KHNP to decide in 2018 to shut the reactor. The BAI had considered, but ultimately declined to request a criminal investigation into Chae, Choe said.

Chae served as presidential secretary for industrial policy from June 2017 till October 2018. Since July 2019, he has served as the president of the Korea Gas Corporation.

The prosecution also raided offices of Chae and his secretary at the Korea Gas Corporation headquarters in Daegu Thursday. 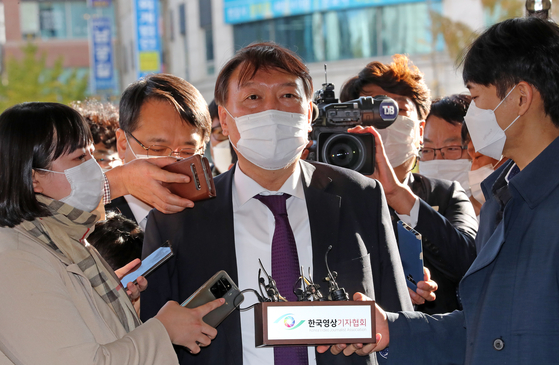 Prosecutor General Yoon Seok-youl is surrounded by reporters as he enters the Daejeon District Prosecutors' Office on Oct. 29. [YONHAP]


A senior member of the Daejeon District Prosecutors’ Office, however, denied that Yoon ordered the probe. “When he visited Daejeon, he didn’t specifically talk about this investigation,” the source said. “We started the probe because we received the criminal complaints.”

The latest probe is expected to add to the ongoing conflict between Yoon and the administration. The government and ruling party have already challenged the BAI’s audit outcome.

During the National Assembly’s audit of the Blue House on Wednesday, Presidential Chief of Staff Noh Young-min denied the BAI’s conclusion. "It was unprecedented, nonsensical" that the BAI had evaluated the country's energy policy only based on economic efficiency, Noh said.

Noh said the government considered other factors such as safety and public sentiment before deciding to shut the reactor.