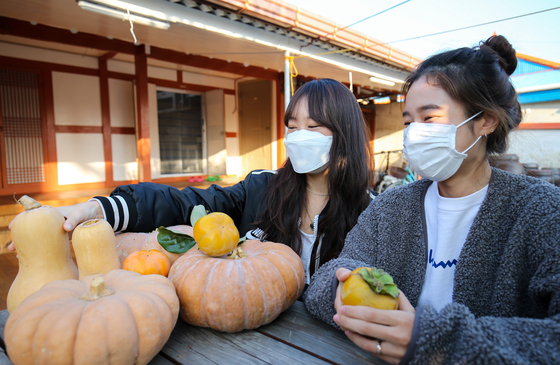 Looking for a return to normalcy as the coronavirus pandemic grinds on, avid travelers starved of overseas trips are increasingly spending their vacation days in Korea's rural regions.

Since May, Gangjin County in South Jeolla has been promoting a travel package branded “Feeling-Up, Stress-Off." The program provides visitors with accommodations and a chance to experience life on the farm for a week, with 115 farmhouses participating in the package deal.

“In Seoul, we can’t really go anywhere due to the concerns over the coronavirus pandemic,” said Lee Seung-won, a 25-year-old university student from Seoul who recently participated in the travel program. “[Gangjin] is so different from Seoul.”

Lee said she stayed in Gangjin for five days after a friend took a similar trip to the county.

“I had a really relaxing time there thanks to the fresh air,” Lee added. “It felt like I was living a normal life, away from the busy and crowded cities or popular tourist destinations.”

And food is another major reason why rural areas are gaining interest among Koreans.

“As we were offered a nice meal with 12 to 20 side dishes every breakfast and dinner, we were able to taste various types of dishes full of regional specialties, such as Yeongam County’s small octopus, Wando County’s dried fish and raw fish from Maryang Port,” said an elderly visitor who stayed Gangjin for about a week in October. “The farm owner was really nice and we were also allowed to experience many activities offered by the County Office. We spent a really enjoyable time there without any worries.”

In August, Pyeongchang County in Gangwon also came up with a similar tour package, but extended the period to a month. Only five people were allowed, but more than 60 people applied for it.

“I enjoyed rural life [in Pyeongchang] by helping with farm work in bell pepper and potato patches,” said Cho Chil-hoon, a 66-year-old man who stayed in a small village in Pyeongchang for a month. “When I had to leave, I took photos of about 20 elders in the village and gave the photos to them as gifts.”

According to Pyeongchang County, it has been pushing hard to increase available seats up to 60.

“As both visitors and residents are highly satisfied with the program, we plan to increase the available seats,” an official from Pyeongchang County Office said. “With the boost from this program, it will also help people who wish to move to rural areas from cities.” 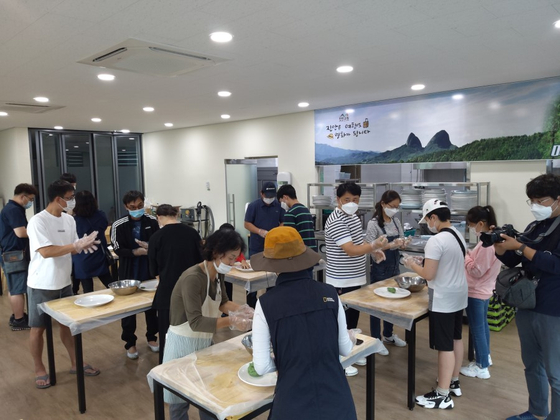 The Eco Town in Jinan County, North Jeolla, saw roughly 5,781 tourists from January to October, a significant jump from a year earlier.

The North Gyeongsang Provincial Government has advertised 128 villages as tourist destinations. To promote the villages and attract more travelers, it plans to hold a contest for people who visited the villages, in which it will accept photos, essays or videos that were taken by them.


Local governments say Koreans who are tired of the pandemic are turning their eyes to rural areas, which they see as carrying a relatively smaller risk contracting the virus than cities.

“At least until now, Gangjin County is free from the coronavirus, as we have no confirmed cases yet,” an official from Gangjin County Office said. “The convenient life in a safe area is attracting visitors who live in big cities — such as Seoul, Gyeonggi, Busan — where the coronavirus can spread rapidly.”