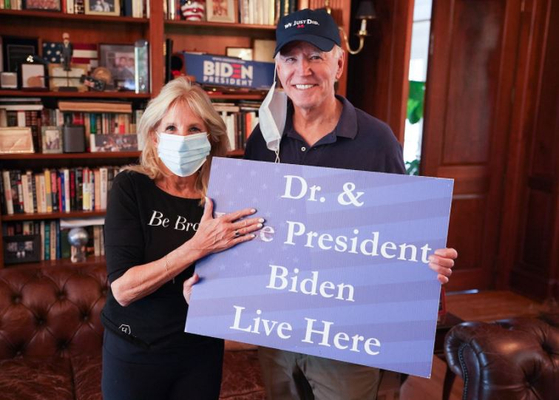 
Some Korean businesses are hopeful that a Joe Biden administration will boost their prospects, given the president-elect’s aggressive environmental policies. Others are worried about the very same green initiatives that have been proposed.

Over the summer, the U.S. president-elect announced $2 trillion of investment in clean energy and related infrastructure over four years, which could potentially create challenges for domestic refineries and petrochemical companies as well as manufacturing businesses like steel. Biden made his stance particularly clear on the oil industry when he said he “would transition from the oil industry” during a debate with U.S. President Donald Trump last month.

Short-term and long-term effects on domestic refiners could vary.

“The international oil price in a short run is expected to increase due to lowered crude oil supply from Biden’s restrictions on the development of shale oil and expanded investment in eco-friendly energies,” wrote Song E-young, who teaches international trade at Sogang University in a report from the Korea Chamber of Commerce and Industry (KCCI). “But the oil price could turn downward in a mid- to long-term following the resumption of the U.S.-Iran nuclear discussion and the practice of carbon neutrality project.”

Some industry executives believe the situation for refiners won’t be bad — even in the long run.

“The United States consumes 25 percent of the world's oil,” said Seol Jung-hoon from Hyundai Oilbank. “It produces half of its oil production while importing the other half. If it reduces domestic oil production, it means it will have to raise imports.”

He added that if uncertainties on the global economy are lifted under a Biden administration, oil refineries will benefit in the long run as more vehicles, airplanes and ships will be used more frequently for trade and leisure.

Biden’s push towards carbon neutrality by 2050 along with America’s protectionism could place the steel industry in a challenging situation.

Steel production requires large inputs of coke, which is used as a fuel and a reducing agent in melting iron ore. Coke is produced by baking coal.

Biden’s direction on protecting the domestic economy could add pressure on domestic steelmakers, according to an industry source who wished to remain anonymous.

“We expect the United States to maintain the protectionist stance. But considering Biden’s policies on fostering eco-friendly industries and renewable energy, the steel industry believes there will be an opportunity involving electric vehicles and value-added steel products that could be used for offshore wind power and solar power businesses,” the source said.

Jerry Yoo, senior manager from Hyundai Steel, said that protectionism against overseas steelmakers has been there since the Obama administration, but the situation has been most severe under the Trump administration.

“It’s a matter of whether that [worst situation] will continue under the Biden administration or improve through bilateral discussions,” Yoo said, adding U.S. steel import quotas have led other countries to raise quotas, limiting the circulation of steel.

In 2018, the United States revived the U.S. Trade Expansion Act Section 232, which led the Korean government to accept trade quotas for Korea’s steel products in exchange for tariff exemptions. Trump used the act to issue duties against foreign steel and aluminum.

“A decrease in unexpected variables in the global trade order will reduce uncertainties, which will likely revitalize the overall international trade,” said Jeong Hyeok, Professor of Economic Growth and Development at Seoul National University Graduate School of International Studies, on the KCCI report.